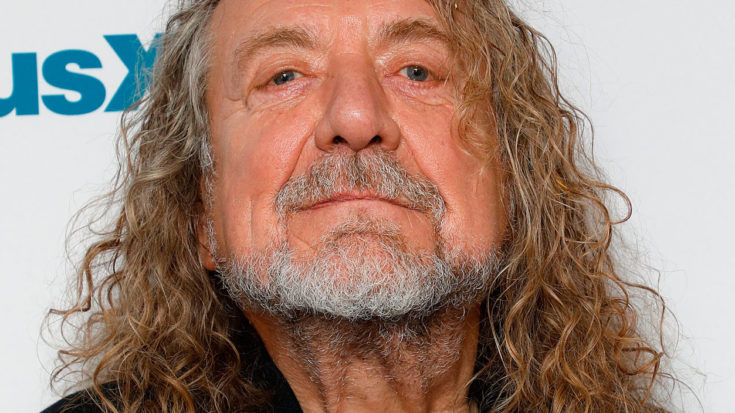 Robert Plant’s been a busy, busy man lately. His most recent solo effort with his band, The Sensational Space Shifters, titled Carry Fire, was released in October and he’s headed out on tour in just a few short weeks. Somewhere in the middle of celebrating his new album and preparing for his 12-date romp across North America, though, Robert found time to launch a brand new video for “Season’s Song” and guys, it’s incredible!

Filmed during Robert Plant and the Sensational Space Shifters’ November 30, 2017 show at Manchester’s O2 Apollo, “Season’s Song” comes to life as the gorgeously hazy, folksy piece Plant intended it to be, the blurred lines between the 69-year-old legend’s rock and roll roots and the smorgasbord of blues, folk, and Eastern influences never more apparent than when you see (and hear) the 6-piece Sensational Space Shifters more than earning the high praise Robert Plant heaps on them at every turn.

“The guys I play with are superlative,” Plant said in a recent interview with 91.9 WFKP. “They’re the greatest guys on the planet and they’re very, very good fun. Very silly. It’s kind of like a school trip when we go on tour. It couldn’t be more charming and humorous.”

If you’re looking for a performance in the vein of Plant’s Led Zeppelin days, don’t; you’d be wasting your time and worse, doing this rock legend a great disservice. “Season’s Song” finds Plant at a stage of his life and career that’s both familiar and brand new at the same time as he explores parts of himself that we’ve never seen or heard before, giving us a glimpse into the magic that lies far beyond “Starway To Heaven” if you’re only willing to sit down and listen. Check it out in the video below and as always, enjoy!