Bob Dylan And Neil Young Gets Honest In 1986 Interview 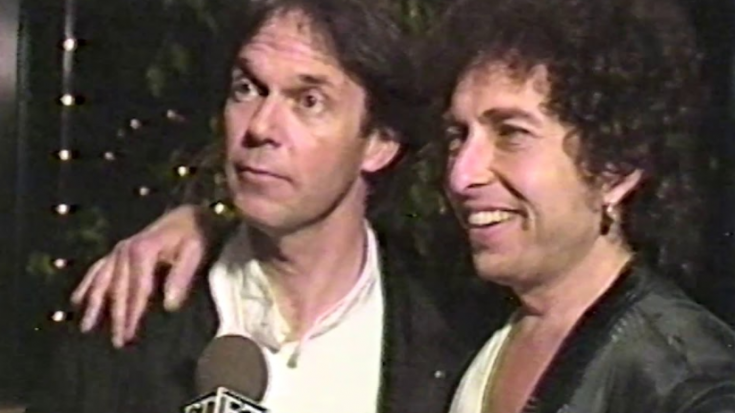 An interview with Bob Dylan with Neil Young on his side displays the hilarious persona of the singer and his freely attempts to talk about some of the craziest questions thrown at him. He may seem like a normal guy, but his wit on answering shows a rather unusual side from this rock star.

A couple of questions were asked for Dylan, mostly about his life and career as a musician. He mockingly answered the journalist, almost as if he was joking, but he isn’t.

When asked if what are his thoughts about him being a role model to the new set of young musicians, Dylan just answered that he is “not a role model”. Neil Young was also there, supporting Dylan with all the playful things that this legend has about to say.