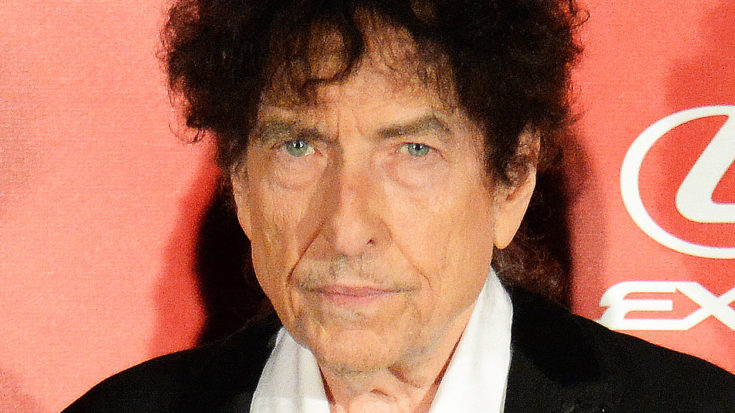 To say that Bob Dylan is talented is quite frankly an understatement. The man is considered one of the best singers, songwriters, guitarists, authors, poets, and all-around musicians of all time. It goes without saying that his all-encompassing skill-set truly knows no bounds, and as it turns out, we were about to see him use his talents for a very different venture… Comedy!

During a recent appearance on You Made It Weird, a podcast hosted by comedian Pete Holmes, former Seinfeld writer Larry Charles revealed that Bob Dylan actually wanted to star in a comedy sitcom. Charles recalls the initial pitch in a cubical in the back of a boxing gym that Dylan owns.

“He brings out this very ornate beautiful box, like a sorcerer would, and he opens the box and dumps all these pieces of scrap paper on the table,” Charles said. “Each little piece of paper had a line, like some kind of little line scribbled or a name scribbled – ‘Uncle Sweetheart,’ or a weird poetic line or an idea or whatever – and he was like, ‘I don’t know what to do with all this.'”

They then went to pitch this series to HBO.

“We wrote this very elaborate treatment for this slapstick comedy which was filled with surrealism and all kinds of things from his songs and stuff. So, we say to Bob, ‘If you come to HBO with us, we’ll definitely sell the project because they won’t have the balls to say no to your face,’ and he agrees.”

Charles recalls that after the meeting, Bob Dylan had suddenly lost interest in the project.

As hard to picture as this may be, we’ve seen music icons pursue sitcoms and do it quite successfully, such as Reba McEntire. With that said, just imagine what a sitcom starring Bob Dylan would look like. That would’ve been something to see!