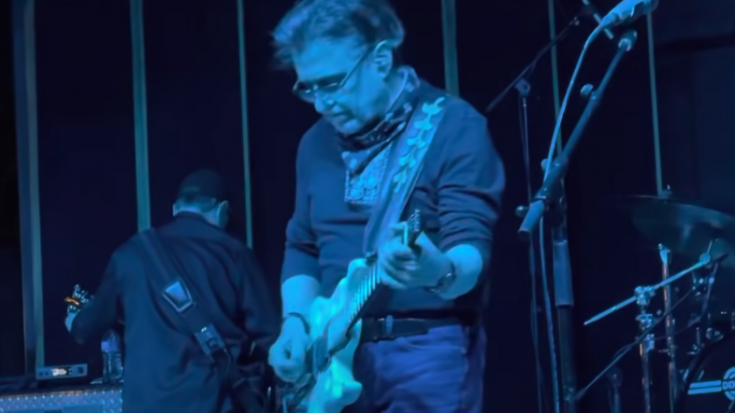 Watch and be amazed at Blue Öyster Cult’s Buck Dharma as he performs one of the band’s well-known songs, “(Don’t Fear) the Reaper.”

45 years later and it felt like nothing has changed with Dharma’s dynamic in the group. He’s still the same guy you’d known for all this time – captivating, fun, and he still sings the way he does in BOC’s heydays.

And what’s not to like with the band’s classic “(Don’t Fear) the Reaper”? A grave topic about death yet somehow deals with the potential of eternal love in the afterlife, Dharma wrote the song when he pictured what would happen to him if his life will be taken down tomorrow.

“I wrote it because I was feeling mortal,” Dharma revealed in an interview with American Songwriter. “I had just been diagnosed with a heart arrhythmia. It turned out to be not life-threatening at all, but it certainly got me thinking about it. I just thought about, is there life after death? Could lovers somehow reunite across the realm of living and dying? Is there something else out there, and can you come back?”

The lyrics as well as the band’s stride between the fine line of hard rock and psychedelic rock worked out for them eventually, as the song became the highest-charting BOC song, placing at no. 12 on Billboard 100. It was also included in the Rolling Stone’s list of Top 500 Songs of All Time, garnering the no. 405 spot.

In the 10-minute video, the audience went wild with Dharma’s epic guitar playing. It’s satisfying to see that he didn’t have to try hard to sing the song, knowing full well that the range of his voice is pretty much the same as it was half a century ago.