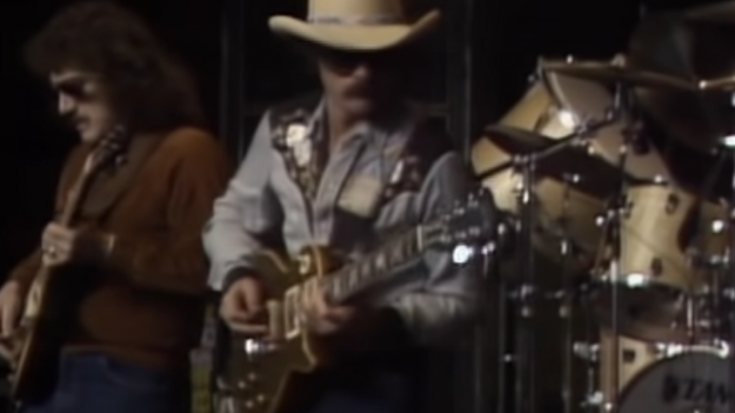 Feel the greatness in the air tonight as we watch this surreal and epic performance of “Jessica” performed by The Allman Brothers Band. Trust us, you can’t find a single version of this song far better than this one.

In some cases, a song’s chart position does not reflect its long-term significance in the history of music. After the thunderous hit “Ramblin’ Man,” reach the billboard charts, Dicky Betts helped the band rise to instant popularity once more with the instrumental, “Jessica.” However, the fame it got wasn’t based on its position on the charts, instead, with its impact, it prevails whenever the Allman Brothers band performs it in front of their audience. Purely electrifying, is all we can say.

In Juliette, Georgia, right on the band’s farm, Betts wrote the majority of “Jessica,” named after his daughter.  While Jessica Betts was still an infant when the album was released, he decided to name it after her after he noticed that she swayed to its rhythm; he had wanted the guitarist to capture that mood in the melody.

“Jessica” remains a classic rock radio staple and a fan favorite, despite the song’s lack of chart success. Moreover, it became well-known among UK listeners as the song served as the theme song for the television show, Top Gear.

Below, you can discover the intensity of an Allman Brothers’ performance as they rouse the crowd with this epic gem. The video can be seen below.