The Biggest Songs Led Zeppelin Ever Made 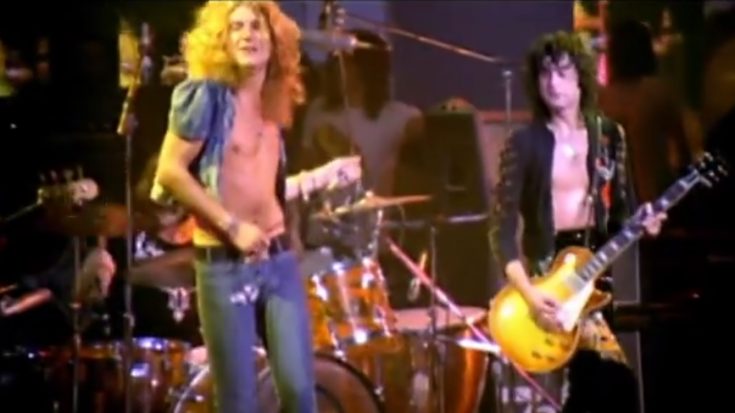 Led Zeppelin – whatever generation you are in, the name has an air of greatness about it. It was they who first established the concept of a rock god, complete with archetypal looks and a seemingly limitless desire for the privileges that come by being young, attractive, and supremely talented. In many ways they were huge and well-respected, over the course of 8 albums and numerous hits. And even to this day, there’s no band as good and as legendary as Zeppelin – onstage and backstage-wise. Take a look at their biggest classics below.

“[It] might be a bit embarrassing at times lyrically,” Page said in a 2002 interview, “but it did sum up a period of my life when I was 22.” “Going to California,” from the legendary band’s fourth album, is a classic for anyone facing new challenges at a young age. It also served to be a love letter to Joni Mitchell, whom both Page and Plant liked.

It was Jones’ time that shone bright inside the album Houses of the Holy. “It wasn’t just his brilliance as a keyboard player or even a writer,” producer Eddie Kramer said in 2017 interview. “It was also the subtlety of his arrangements, and the economy of notes that made this track such a powerful statement. Genius.” “No Quarter” belongs to that claim.

There’s so much to choose from Led Zeppelin’s ever-wondrous catalog of songs when it comes to magnifying John Bonham’s drumming ability; but there’s truth that “Good Times Bad Times” can be considered the winner of them all. With a dramatic two-beat intro, Bonham takes the lead and puts his entire kit to the test.

The music of Led Zeppelin was known for its inclusion of folk and blues elements, but it came quite a shock for listeners when the band incorporated a reggae-style fused with rock elements and call it “D’yer Mak’er” – a play on the word “Jamaica” when spoken in an English accent. But it made sense though, seeing that Jamaica is known for anything reggae-related.

Back in London, the band recorded an untitled piece in Olympic Studios. It’s a relentless theme that’s so intense it’s almost hypnotic. In contrast to Jimmy Page’s slouched posture, John Bonham was hunched over his drum kit, staring down at the drum set. As the song progressed, it now became the popular “Immigrant Song,” the song about Vikings and Valhalla, apparently.

There’s still plenty to enjoy about “Ramble On” – including Page’s virtuosic strumming and John Paul Jones’ infectious bass groove – that you might not start noticing that Page is trying to sing about Tolkien references for certain reasons. This has remained one of classic staples on the rock radio.

It’s Bonham’s funky groove that takes “Black Dog” out of its bluesy comfort zone. This contains one of Zeppelin’s heaviest riffs ever with an all-controlling rock tune that will surely blow your mind the first time you hear it.

This is without a doubt one of Zeppelin’s finest magnum opuses because it is pervaded by a persistent sense of mystery and danger. Incorporating the pulsating, hypnotic Eastern theme with the insistent groove and structured backing resulted in a truly original piece of music. Credit goes to John Paul Jones, who created the seminal arrangement for this song. However, just like the mega hit “Stairway to Heaven, “Kashmir” was met with skepticism and dread. Well, people do throw rocks at things that shine, don’t they?

Even though Led Zeppelin seemingly did not like to release singles from their albums, that message had not yet been fully conveyed to the American public when Led Zeppelin II was released in 1969. In either good or bad ways, this folky beat helped establish the band outside of their native land, reaching No. 4 on the Billboard Charts. “Woman you need love!” exclaimed Robert Plant over a thunderous whoop of guitar, bass, and drums.

Among the most requested classic rock songs ever and highly ranked on numerous rock lists, this eight-minute masterpiece remains Led Zeppelin’s most famous song. Robert Plant sings to the cosmos over an increasing ripple of Jimmy Page’s acoustic and electric guitars. It’s hard to differentiate if you hate it for being overrated, or you love it for what it is. Nevertheless, this anthem remains one of the greatest songs ever made by any rock artist.