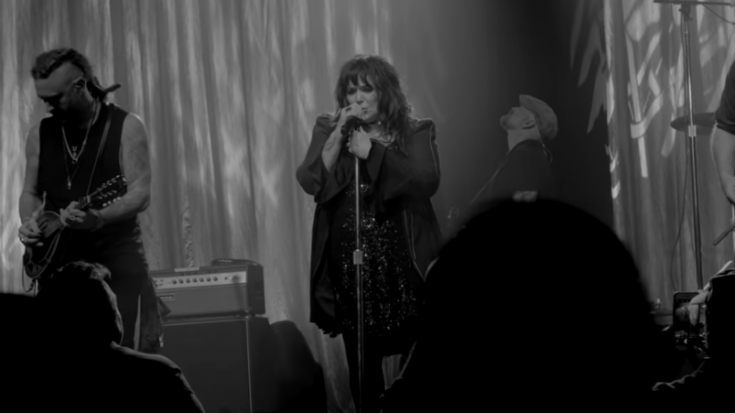 Ann Wilson of Heart is streaming her incredible performance of Led Zeppelin’s “Going to California” at her show in the Hampton Beach Casino Ballroom last August 18th.

The footage shows Wilson belting her power vocals to the folk-rock song of her favorite band. Right there, she proved that nothing changed with the way she delivers things. Right there, with her voice and perfect arrangement, she sounded stunning.  You can watch the amazing rendition below.

It’s not the first time that Ann Wilson covers a Led Zep tune. Last 2012, she took the people’s breath away when she delivered an incredibly amazing rendition of “Stairway to Heaven” with Jason Bonham and her band Heart, just right in front of Robert Plant, Jimmy Page, and John Paul Jones at the band’s Kennedy Center Honors. With that, Plant was brought to tears and the entire audience gave her a standing ovation, well-deserved praise for the singer.

Apart from the said concert in Hampton Beach, Wilson is also excited for the band’s upcoming biopic, which was confirmed last November 2020. The untitled film will be directed by Carrie Brownstein, who also wrote the screenplay.