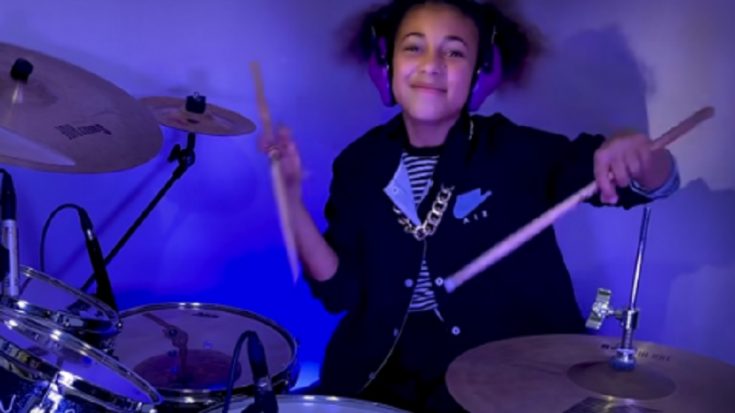 As the youngest receiver of the annual Rookie of the Year award from Consequence, it’s only fair to anticipate what’s the best from this girl. While the challenge is indeed difficult, Nancy is more than glad to test her talents and prove that she too, can do it— pretty much how Tool drummer Danny Carey does it.

With the video provided below, the prodigy takes us on a trip down memory lane with a classic from the band’s 1996 album Ænima. Her moves and beats are far too superior in comparison to others. She’s an absolute winner!

As per Nancy Bushell’s YouTube channel, a message was given right at the video’s description.  “This really was the most challenging drum cover I have done, so far. Lots and lots of complex timing changes and difficult patterns, it’s really fast in parts and its really long song, too! I really enjoyed the challenge!!! I am now a #ProgRock fan! #DannyCarey – AMAZING beats!” Nancy wrote. She also stated how Tool became the most requested band for her to play, since her uncle loved the band so much.

With her amazing skills, she’s made waves with other rock drummers such as Foo Fighters’ Dave Grohl. You can watch the full video below.