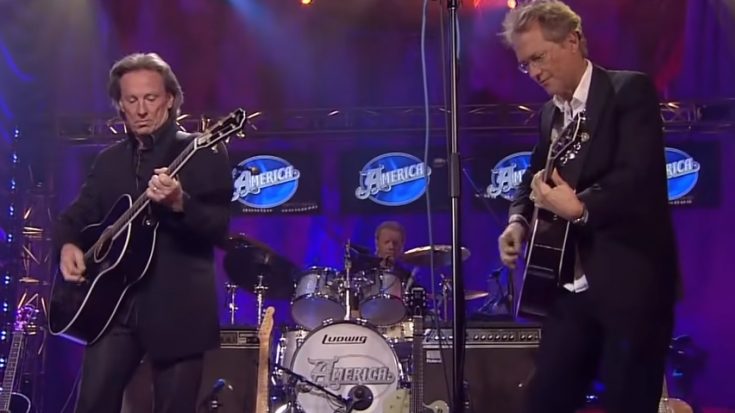 Soft rock act America has just announced a 50th-anniversary tour. They are celebrating the anniversary of their 1971 self-titled debut with “A Horse With No Name”, the then-lineup comprised of Gerry Beckley, Dewey Bunnell, and the late Dan Peek.

The tour has just commenced on February 21st at Brookville, New York, and will be making stops in major cities like New Jersey and its Bergen PAC on the 23rd of February, and the Broward Center for Performing Arts in Fort Lauderdale on the 24th of March. America will then head onto Europe in July, with the tour concluding in Germany later in the same month.

Dewey Bunnell shared his sentiments in a Q&A session regarding TV shows and movie scenes where their songs were used. “I loved hearing ‘Horse With No Name’ being used in an episode of Breaking Bad as Walter White was literally driving through the desert,” he shared. Gerry Beckley added, “My personal favorite is an episode of the Sopranos where one of the characters was taken out while driving and as the car came crashing to a stop, ‘Sister Golden Hair‘ was playing on the car radio. Excellent.”

Below are the band’s tour dates.