Alex Lifeson Teaches You How To Play Tom Sawyer 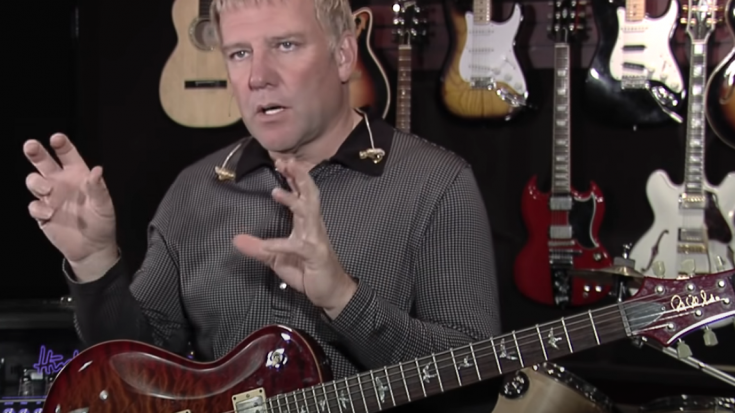 “Tom Sawyer” is a seminal piece of Rush that defined them in the 80s. It’s the one song that will convince you to become fans of this Canadian rock band, simply rejecting the moment of uncertainty towards them.

The song is the trio’s opener from their critically-acclaimed Moving Pictures album in 1981, and a defining track from then on. It’s a guaranteed staple in rock radios and even from their concerts and had been included in their set since its release. In the video below, guitarist Alex Lifeson shows use how to play “Tom Sawyer,” the way it needs to be done.

Lifeson started by telling the story of his life, simply putting all the pieces of his life that he wanted to discuss: his desires on playing the guitar, his age on when he first started, and how many years he had been playing the instrument since, his way of playing. The real discussion starts at 19:37; you could skip the storytelling, but you’d be pretty much missing some of the fascinating facts about the guitarist’s life.

“The interesting thing about doing this sort of thing is you have to slow everything down and when you play, you don’t think about these things,” Lifeson said. “It comes naturally, and you just go, and it happens.”

You can check the rest of the discussion here.