Album Review: “The Notorious Byrd Brothers” By The Byrds 1968 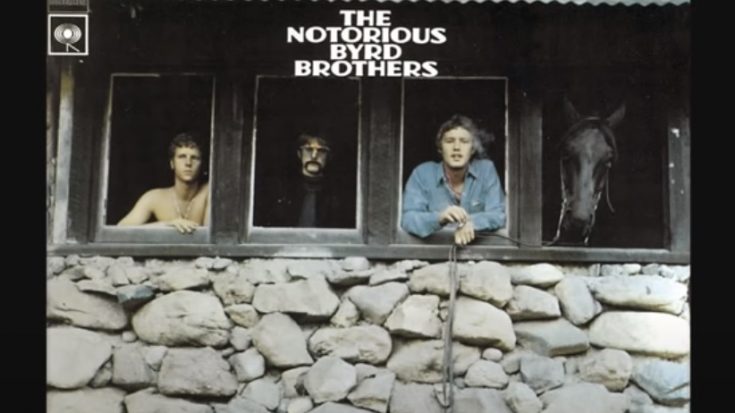 Marking The Byrds’ experimental era, their fifth album The Notorious Byrd Brothers was a gateway to the band veering away from their signature style without really abandoning the jangly sound of years gone by. While the album was sonically impressive, the infighting within the band broke them so much that The Byrds became a duo by the end of the recording sessions.

Opening the album is “Artificial Energy”, an upbeat track that has great horns and effects in it – reminiscent of a groovy party tune with allusions to drugs. Next is “Goin’ Back”, a cover of a Dusty Springfield hit that the Byrds injected with an infectious country vibe and flourishing choruses. “Natural Harmony” follows with a laid-back guitar driving its verses, though its short run kills it off early before appreciation sets in. “Daft Morning” still keeps the whole vibe but sucker punches the listener with space-age effects. “Wasn’t Born To Follow” is a Western film personified, while “Get To You” floats around with its melancholic arrangement and theme.

Side two starts with “Change Is Now”, which can be a bit tacky for some, though it is valiant. “Old John Robertson” follows, adding more acid to the album with its slide guitar and an effect-driven cello. Next comes “Tribal Gathering”, a calm Byrds signature with a psychedelic breakdown in the middle with tasteful lyrics. “Dolphin Smile” is Steve Vai before Steve Vai ever happened, with weird animal sounds recreated through guitar effects. Closing the album is “Space Odyssey”, a rather eerie track with space-age effects and some droning in the progression.

The old West themes mixed with spacey psychedelia made The Notorious Byrd Brothers one of the band’s most acclaimed records.