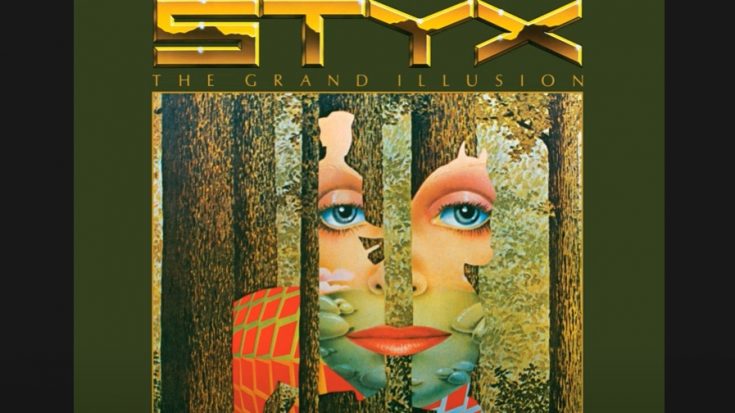 Styx was slowly transitioning from the niche progressive rock sound to a more commercialized one, with their seventh album The Grand Illusion being a major step in this direction. This was due to the addition of guitarist Tommy Shaw to the fold in 1975, joining James Young and Dennis DeYoung as the group’s primary singer-songwriter unit. Each of the three heads had something unique to pitch to the band’s collection of material but made it sure that they complemented each other, giving Styx another level of melodicism in their songs.

The album opens with the title track, greeting listeners with a marching chug and a playful start and pause execution before diving into the main progression with great soaring guitars and scathing leads, hitting the perfect mix of arena and progressive influences. Next is “Fooling Yourself (Angry Man)” showcases Styx’ signature synths by DeYoung that blends in with Shaw’s acoustic guitar before going into full stride with the bass and drum rhythm of the Panozzo brothers. “Superstars” is one of the cheesier cuts of the album with some indulgent rock components like an interesting solo, but sounds a bit behind in comparison to the other songs. “Come Sail Away” is a true highlight on the record with a great mix of subtlety and sudden attacks like how the clean piano parts are intruded by distorted guitars but in a civilized fashion. Of course, synths play a big part in this song and enhances the feel of mystery to a whole new level.

Side two begins with “Miss America”, where Young does lead vocal duties on the transitioning synth-to-guitar driven progression, while “Castle Walls” opens with a rhythmic bass line with heavy keyboard accents while Young and Shaw perform a lead duet later into the song. “Man in the Wilderness” shows Kansas’ influence on Styx as the band writes it with such level of inspiration, while the album closer “The Grand Finale” is a conglomeration of elements from some of the cuts and extending it into an overture jam.

The Grand Illusion contributed to the success of Styx at this point in their career, paving the way for the development of future acclaimed records and a wider sonic spectrum for the band to work on.