Album Review: “Songs From The Big Chair” 1985 By Tears For Fears 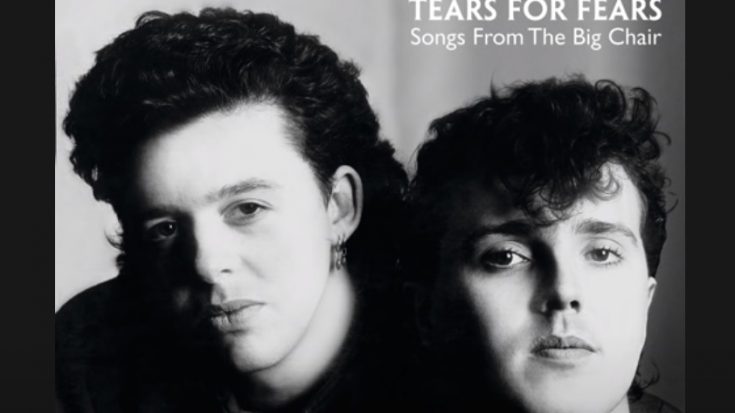 It also saw the album veering away from the synthetic pop style they were known for into a more mature and complex playing field in the genre. Songs From the Big Chair invoked the masses by drawing on their own feelings, making the record an effective way to rally up emotions from a waiting crowd. The opening track “Shout” is a call to arms to release whatever was welling within and uses a march-like progression to great effect. “Mothers Talk” uses paranoia as a statement to fuel its brilliant pop arrangement, while “Working Hour” puts Orzabal’s vocals to the test and succeeds while doing so, accompanied by instrumental vibrance that can only be topped by the other charting singles on the record.

“Head Over Heels” is all catchy and jangly and posh while hiding deeper agendas, along with “Everybody Wants To Rule The World”, the ear-candy of a track that would become a pop culture hit and serve to be a great representation of the ’80s music as a whole. Songs From The Big Chair did well to propel Tears for Fears to superstardom, only to be eclipsed by the run of watered-down releases in the future.