Carlos Santana’s Hawaiian House Up For Sale For $3 Million 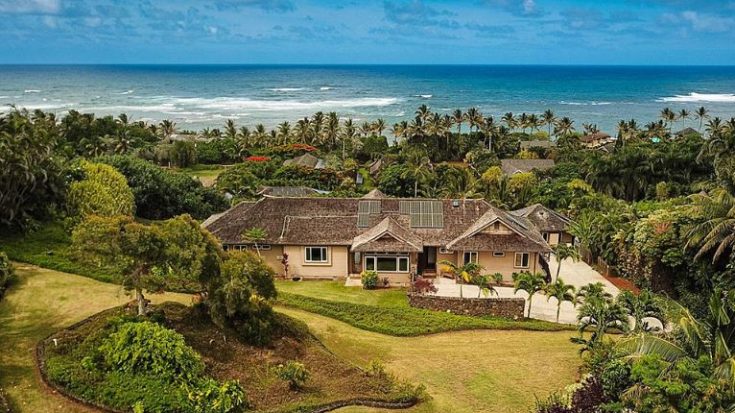 Just a year and a half into purchasing the property in Anahola on the Hawaiian island of Kauai, Carlos Santana is eyeing to sell his house for over $2.995 million – which is a $300,000 from what he paid for in February 2019.

The listing for the said property is managed by Harvest Edmonds of Emerald Isle Properties, who says that the house sits on a 1.48-acre lot on a hill that offers a view of the ocean from each of its three bedrooms. Of course, Edmonds also mentions that it is owned by the Santana guitarist, saying that it “captured his heart when he first moved to Kauai.” When he bought the place, Santana learned that the house was named Nohona Ke Moe’uhane, which means “memories you’ll treasure for the rest of your life.”

The property’s gate leads into a long, palm-lined driveway that connects into the 3,938-square-foot structure. It has three bedrooms that have their own en suite bathrooms, and open up to the outside to a 1,313-square-foot deck that has been refurbished with Ipe wood. This deck has a six-person jacuzzi, a blue glass fire pit, and a generous open space as well as a pathway to the beach. You also get a guest cottage with its own spa and lanai, as well as another bedroom and bathroom.

Carlos Santana had plans to tour this summer in support of Earth, Wind & Fire, but has been pushed back due to the current pandemic situation around.