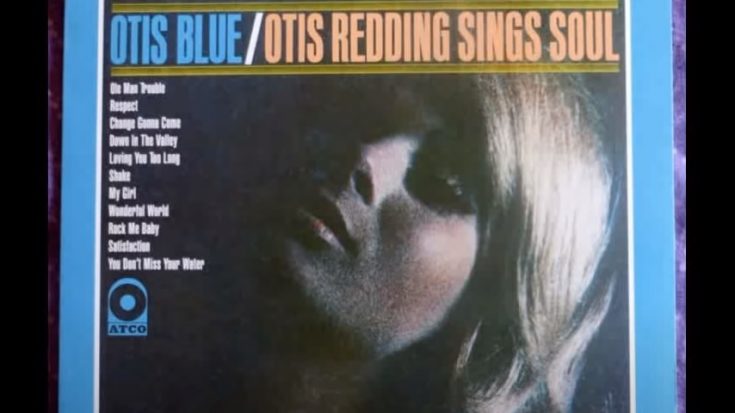 Otis Redding’s 1965 record, Otis Blue/Otis Redding Sings Soul, is a testament to his influence in the industry with his indulgent soul and rhythm and blues sound. This third studio release of his is a mix of originals and renditions from fellow artists, but Redding sings them all with such conviction that it’s hard to separate where the original ends and Redding begins. Equipped with a set of golden pipes that would drown out all fleeting thoughts and make the listener gravitate towards his performance, Redding outdid himself in this album.

It opens with “Ole Man Trouble”, which was written by himself and is carried by his primal vocal performance, interlaced by guitar and brass accents to add texture to the track. “Respect” follows and predates what became an Aretha Franklin hit, but he doused it with a funky fury that seasoned the track quite well in comparison to Franklin’s thick, soupy version. “Change Gonna Come” honors Sam Cooke with Redding treating it with a slow, delicate approach but still packed the punch intended by its original performer. Next, is “Down in the Valley” which is powered by infectious energy while “I’ve Been Loving You Too Much” closes the first side with a gut-punching emotiveness that will leave you reeling blow by blow.

“Shake” banks on the rhythm section with its grooviness, while “My Girl”, borrowed from the Temptations, has Redding dish it out in utter bareness to make it a unique affair from the original. Sam Cooke is revisited again with Redding’s version of “Wonderful World”, his sole vocal adorning the track with a sincere message. “Rock Me Baby” is borrowed from B.B. King and treated with a soulful revamp, while the Stones’ “Satisfaction” stays faithful to the original, albeit Redding’s performance makes it a bit more sultry. Closing the record is “You Don’t Miss Your Water”, a tasteful ballad that gives you one last chance to indulge in Redding’s antics before it all goes silent again.

Otis Blue is Redding’s conviction to deliver his own flavor of soul into tried and tested classics, which met the acclaim of many that came before him. Clearly, there was no other man fit for the job than he was.