Album Review: “One Of These Nights” By Eagles 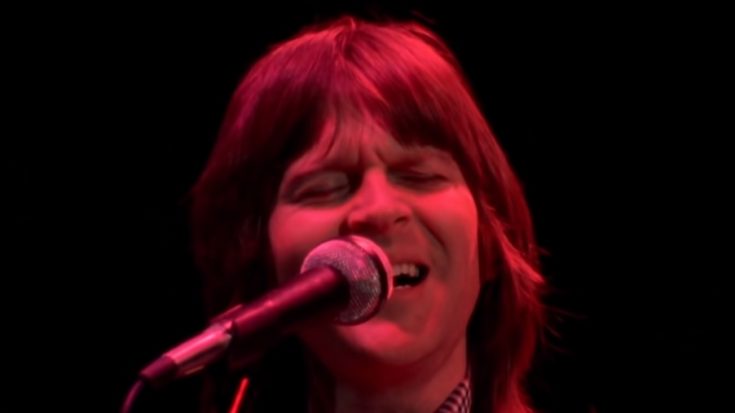 1975’s One of These Nights proved to be the Eagles recording that would take the band to major mainstream success. Don Felder joined the flock and became a permanent member of the band, which also saw each of the Eagles’ members being credited for songwriting in the album. One Of These Nights remains to be an album that’s a cut above the rest thanks to the extensive time, effort, and scrutiny the band applied during its recording.

The album starts off with the title track that involves the band in a more pop-oriented direction never seen before and also showcases their premium vocal harmonies early on. Following it is the song “Too Many Hands”, written by Randy Meisner and Don Felder and carries a great blend of strings riding a steady backbeat. “Hollywood Waltz” mixes country with a ballad arrangement and takes flight thanks to Bernie Leadon’s mandolin and pedal steel parts, while “Journey of The Sorcerer” sees Leadon with a banjo as the arrangement swells into full rhythmic stride.

Another showcase of the Eagles’ glorious harmonies is “Lyin’ Eyes”, carrying an indulgent country arrangement and driven by a heavy bass progression, eventually ranking in the charts due to its inherent greatness. Next is “Take it To The Limit”, a country waltz song with touching strings and piano parts courtesy of guest musician Jim Ed Norman, while Meisner takes the lead vocal role and hits high notes like never before. “Visions” takes the band to a grittier place with its rocking progression and features Felder on lead vocal duties. “After The Thrill is Gone” follows with a simmering country ballad and features the lead guitar of Felder and Leadon’s pedal steel to take it to another level, while album closer “I Wish You Peace” has Leadon impart folk vocals in a thick mix of strings, keys, which served as his exit from the band as he left shortly after the album’s release.

All in all, One Of These Nights sees the Eagles in one of its most solid, yet shortlived lineups, that was instrumental in giving the band the international and commercial acclaim it deserved.