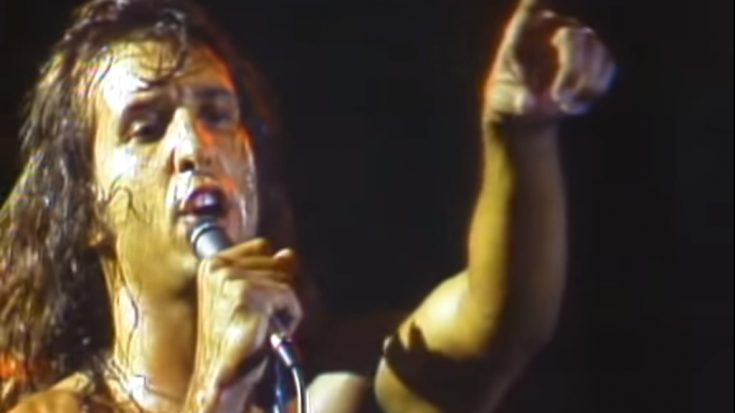 Kansas’ 1975 album Masque was sort of a Kerry Livgren record, as the band’s guitarist/keyboardist was in charge of most of the catalog’s songwriting. In a way, Masque served as a template for the then-budding Topeka-based band. Needless to say, it became one of their best records put out to date.

Preceding Leftoverture and Point of Know Return, Masque incorporated elements from British hard rock and progressive rock influences, propelling Kansas to the pedestal as one of the top progressive rock acts in the US. One of the most notable sounds in Kansas’ sonic arsenal is Robbie Steinhardt’s violin, giving the band’s arrangements a distinct quality to them.

“It Takes A Woman’s Love (To Make a Man)” is the album’s lead track, and carries the band’s usual cup of pop-rock coffee with dregs of saxophone phrasing, while “Two Cents Worth” packs some of the album’s heaviest themes. “Icarus – Borne On Wings Of Steel” has the band’s progressive ambitions ride on their thick, layered instrumentation. “All The World” is existential awareness dealing with themes of solitude and death but ends with a hopeful note.

Next in line is “Child Of Innocence” with its hard rock arrangement and arena-rock chorus, while “Mysteries and Mayhem” is rich with vivid imagery inlaid in the rock progression. Closing the album off is “The Pinnacle”, a nine-minute jam that seals the deal with such purposeful vigor. Cleary, Kansas was gearing for what was about to be the best decade for them, and they nailed it pretty much spot on.