Album Review: “Luck of the Draw” By Bonnie Raitt 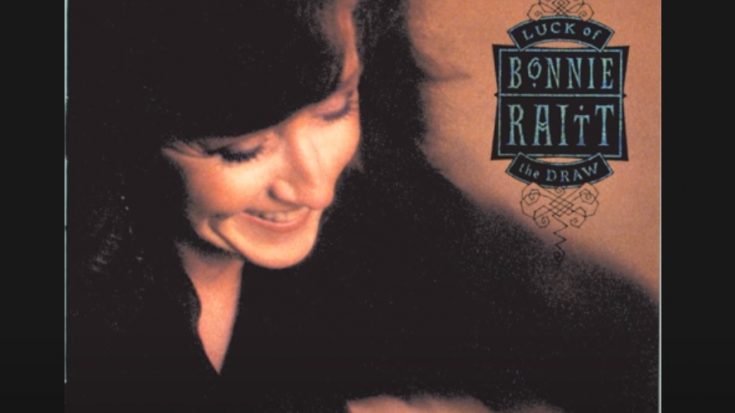 Bonnie Raitt for Luck of The Draw - TheBonnieRaitt / Youtube

Bonnie Raitt wasn’t playing games when she released Nick of Time, which earned the praise of fans and critics alike. The success it had made her take the next album seriously, going into a creative retreat to write material, also purging herself of distractions and substances that hampered her thought process. Luck of The Draw propelled her into the mainstream, saying goodbye to her obscure blues reputation for international pop acclaim.

Starting with “Something To Talk About”, Raitt kicks off the record with an upbeat pop arrangement featuring great guitar work. Next is “Good Man, Good Woman”, a duet with harmonica accents continue the pop motif of the album, followed by “I Can’t Make You Love Me”, one of the biggest cuts of the record with its simple piano accompaniment and Raitt’s heartfelt vocal performance. “Tangled In The Dark” exudes a jazzy feel with sax parts, while “Come To Me” is pure gutsiness with lyrics that won’t settle for less and powered by an island vibe. Album closer “All At Once” is pure, raw emotion as it carries the story of a home broken by divorce, Raitt seamlessly evoking feelings of pain and bitterness with every note and line.

Bonnie Raitt deserved the success of her recent albums including Luck of The Draw, taking her from the secrecy of her slide-blues days into the limelight with the right pop approach.