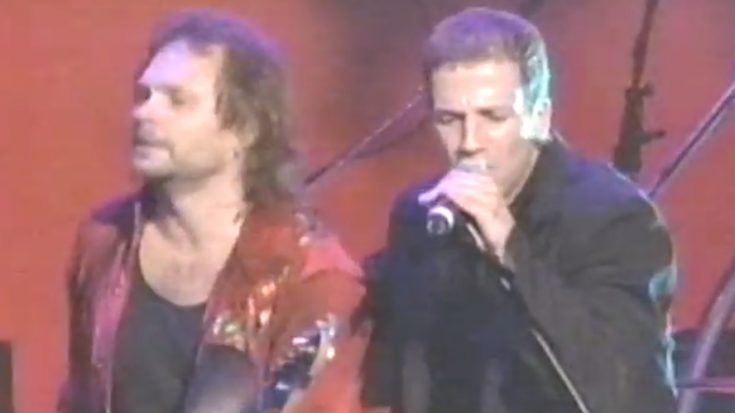 Gary Cherone and Van Halen live in 1998 - Dig This / Youtube

Nothing is ever permanent in the rock scene – with band relationships likened to a volatile fluid that can go off at any given time. When the original or best-loved frontman of the band goes for a hike, the remaining members are either forced to disband or get another singer to fill in the gaps. While this might’ve worked for some acts like Van Halen (Hager era) or AC/DC, others failed miserably. Here are some replacement vocalists in our favorite rock bands that didn’t fare too well in their stand-in stints.

Foreigner had the reputation of not having enough street-cred to warrant so much of a raised eyebrow should their members be switched for other people. That was the case until Lou Graham was replaced by Johnny Edwards from Montrose and King Kobra. The album they made with Edwards, Unusual Heat, didn’t perform up to par with their previous releases. Edwards only hung out for two years as Graham returned in 1992.

After successful years with David Lee Roth and Sammy Hagar, Van Halen was left with a void yet again. They contacted Extreme’s Gary Cherone to complete the lineup but didn’t work out as intended, as the album Van Halen III flopped hard with Cherone on the front. He left the band in a civil manner, with the vacancy being filled by either of the two prominent singers fro time to time.

John Corabi took the place of Vince Neil when he left Crue in 1992 in order to pursue a career in racing and solo music – which failed miserably, by the way. Their 1994 release performed poorly, leading Corabi to suggest to have Neil back in the fold. Motley Crue said that the two frontmen would coexist in the band, but this wasn’t the case when Neil joined back in 1996 and Corabi leaving at the same time.

If Peter Gabriel’s departure wasn’t enough for Genesis to stop trying too hard, it was Phil Collin’s that sealed the final nail on the coffin. He was replaced by Ray Wilson from the Scottish grunge band Stiltskin, who was eager to do his best for the band was clearly a poor fit, from the looks to the sound. The poor lad was dumped by way of an indefinite hiatus, with Collins rejoining the group in 2007.

Jon Anderson left the prog-rock act in 1978, prompting Yes to hire in the New wave duo, the Buggles, into the fold. Geoff Downes was now doing keys while Trevor Horn took center stage, releasing the album Drama – which, as you guessed, didn’t hold up to the golden standard of the band’s yesteryears. Anderson returned shortly after, releasing their highly-acclaimed 90125 record, with Horn producing the record instead.