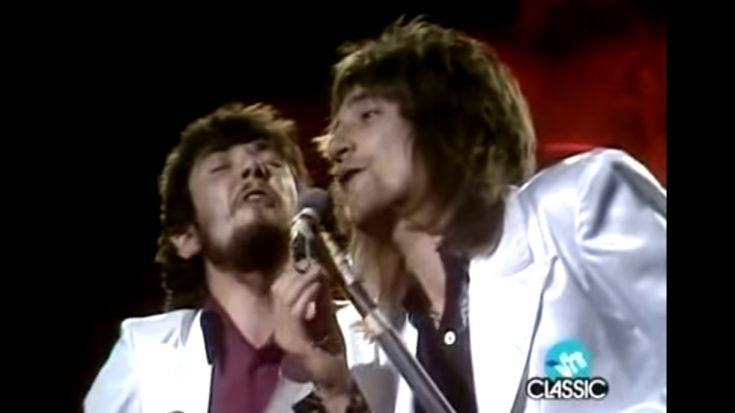 Formed from the remnants of the Small Faces, the now-dubbed Faces had Rod Stewart and Ronnie Wood in tow. While the two musicians have been lending their talents to Jeff Beck’s group long before they were part of the Faces, they still had a lot to learn, which was apparent with the group’s debut catalog, First Step.

Seemingly forced in effort, First Step is a wobbly venture into the rock arena. Sure, the band already had some prior experience with its previous incarnation, but the addition of the new members had them grasping at straws to gauge their abilities, ending up in a diluted and sloppy compilation of material. Still, it is one of the most memorable albums the band has put out, with each of the tracks having their own flair.

Bob Dylan’s “Wicked Messenger” opens the album with the band’s decent rendition of it, and is followed by “Devotion”, Ronnie Lane’s own hymn-inspired composition. “Stone” has Lane going gentle and folk-influenced, whereas “Shake, Shudder, Shiver” gives listeners a glimpse of a proto-Stones rocker. “Around The Plynth” is a slide-guitar masterpiece that gives some credits to the blues and closes the album’s first side.

Opening for side 2 is “Flying”, where Rod Stewart showcases his husky vocals alternating with the organ progression. “Pineapple And The Monkey” is an instrumental piece with Ian McLAgan’s organ at the helm, while “Nobody Knows” lazes on with its relaxed, folk arrangement. Instrumentals take the spotlight again with “Looking Out The Window”, but this time has Wood’s guitar skills being showcased. Closing the album is “Three Button Hand Me Down”, arguably its best-known single, has McLagan taking charge again.

All in all, while not the best catalog out there, First Step still embodies the band’s mettle for classic rock, mixing in American musical influences with just a hint of fluidity in it. One thing that can be said about First Step is that its charms lies in its imperfection.