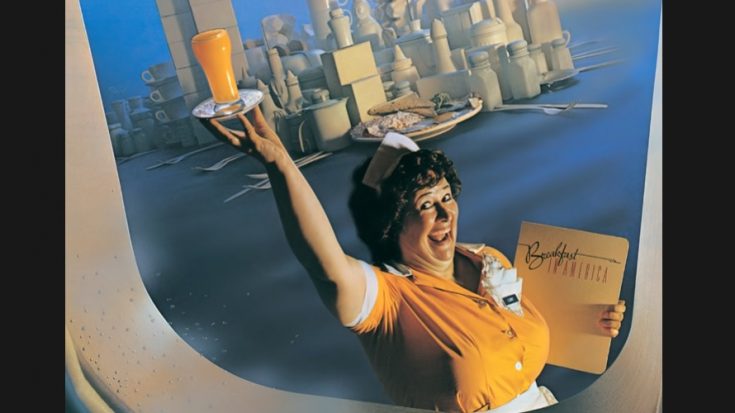 When English rock act Supertramp relocated to Los Angeles, they made a statement with the release of their sixth studio album, Breakfast in America. Founders Rick Davies and Roger Hodgson reached creative maturity with their banter-like styles incorporated into the songwriting process, which had already worked out for them in the past years. However, this came with great effect as it was paired with a fun-oriented material selection, allowing Supertramp to showcase their best form in the recording sessions.

Starting the album is “Gone Hollywood”, which is done in a theatrical fashion as various musical themes contrast to give the track an indulgent texture, paired with the amazing vocal harmonies of Davies and Hodgson. Next is “The Logical Song”, characterized by a growing swell of vivid progressions as the track runs its length, while it deals with criticism on the educational system’s flawed structure. “Goodbye Stranger” is an indulgent pop-rocker which Davies wrote for groupies, while the title track was written by Hodgson in his teen years, carrying a powerful rock progression with a quirky marching band sequence driving its rhythm. “Oh Darling” closes the first side with a melancholic ballad with beautiful phrasing and instrument layering.

“Take The Long Way Home” opens the second side with great instruments building up the mood and is paired with themes of introspection, while “Lord Is It Mine” is a bittersweet ballad that makes use of Hodgson’s falsetto range to great effect. “Just Another Nervous Wreck” carries a pop arrangement but is dished out in classic rock fashion, with dynamic accents courtesy of various instruments and vocals completing its run, while “Casual Conversations” is one of the most laidback tracks on the album, with its jazzy feel dished by a lone piano and cymbal combination. The album closes with “Child of Vision”, stretching to a 7-minute jam that keeps up with the current times although it lacks the presence of the previous tracks.

Breakfast In America became Supertramp’s best release to date, topping charts and igniting some of the most remarkable concert attendances in its supporting tour.