Album Review: “Late for the Sky” By Jackson Browne 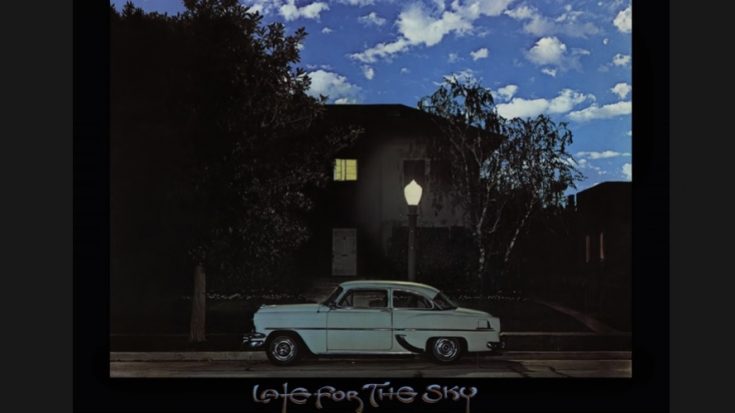 Jackson Browne was in a cost-cutting predicament when he wrote material for his third album, Late for The Sky. The singer-songwriter was still living in his childhood home in doing so and was required by Asylum Records to finish his next album quicker with lesser expenses as well. Thus, Browne sought the help of David Lindley, Doug Haywood, Jai Winding, and Larry Zack, who were part of his touring band. Late for the Sky was eventually finished six weeks later and contained the contribution of Browne’s friends like Don Henley, Dan Fogelberg, and J.D. Souther by way of harmony vocals.

Browne returned to his roots when it came to the theme to be used on Late For The Sky. But here, the singer-songwriter dives deeper into the recesses of his insecurities and uncertainties, with songs like “Before The Deluge” extending his rendition of the apocalypse while emphasizing that the human race will continue on, while “For A Dancer” fixates on the thought of death in a more objective manner. The title track and “Farther On” also finds Browne questioning himself and his intentions, which might be an avenue of vanity to some, but is an authentic look into his bravery in admitting these pitfalls.

When it came to musicality, the album was well-equipped thanks to Browne’s backing band who knew what he wanted, thanks to the time they spent together on the road. Plus, the harmonies offered by Browne’s friends proved to be instrumental in enhancing the sentimentality of the album.

Late for The Sky is primary evidence of how Jackson Browne was ahead of his time, paving the way of contemporaries and successors alike with his indulgent songwriting prowess.