Album Review: “Before The Flood” By Bob Dylan & The Band 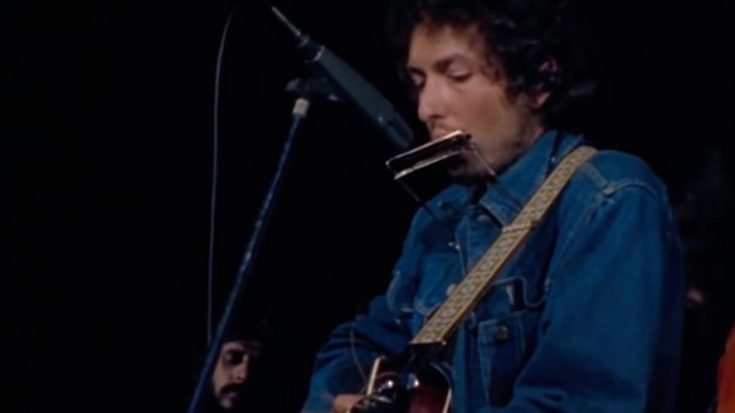 Bob Dylan and The Band both benefited from this reunion of sorts as the tried and tested chemistry from both acts was effective in putting them back under the spotlight again. It wasn’t an easy process, however, as the two entities struggled to find their footing in some of the numbers – which was forgivable given their time apart. Taking from shows of their 1974 joint tour, Before the Flood is Dylan’s first live album and 15th overall release, while The Band has it as their 7th.

“Most Likely You Go Your Way” opens the album with Dylan’s strained, driving vocals, giving it an effective delivery. The live album also doesn’t disappoint by including classics such as “Like A Rolling Stone,” “Don’t Think Twice, It’s All Right,” and “Rainy Day Women #12 and 35”. Just like the conviction he displayed just as the album opens, Dylan’s vocals on songs like “It’s Alright Ma (I’m Only Bleeding)” turns restraint into full-blown emotiveness – a far cry from his laid back – and oftentimes lazy – delivery on studio cuts.

“Knockin’ On Heaven’s Door” turns into a sob fest as he breaks down his singing into two-syllable fragments, while “It Ain’t Me Babe” has The Band providing clockwork rhythm with its strict country march. “Lay, Lady, Lay” still has its signature funk vibe but the bridge sees a revision that shocks listeners at first listen. There’s also an acoustic segment where Dylan revisits “Don’t Think Twice” an old folk standard, while “Just Like a Woman” is still outstanding given the faithfulness to the original production. “All Along The Watchtower” takes listeners back to The Band’s sonic abilities as they push Dylan forward with a gritty rocking anthem.

Before The Flood is a celebration of Dylan and The Band’s nostalgic moments, where they treat the audience like old friends reconvening years after being apart. It must be noted that the album is filled with Dylan’s penchant for reworking classics to his desires, which are oftentimes shocking but still hold unparalleled creative value nonetheless.