After A Year, The Beatles Make Their First Live Appearance With “Hey Jude” 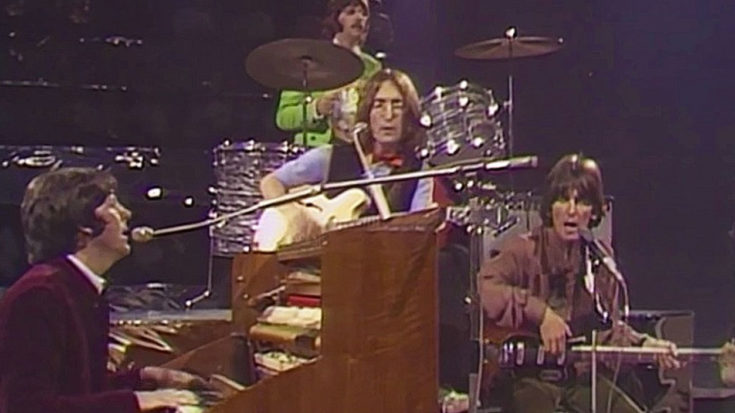 Beatles At The David Frost Show, 1968

Inspired by John Lennon’s young son Julian, The Beatles’ 1968 “Hey Jude” performance on The David Frost Show marked the band’s first live audience appearance in over a year – a tremendous occasion, considering the band had all but stopped performing live. For many fans, it was the beginning of the end – less than two years later, the band would sign the document that effectively dissolved The Beatles forever – but for a brief moment, the band’s appearance on The David Frost Show gave a glimmer of hope that maybe all really wasn’t lost, after all. Filmed at Twickenham Film Studios, “Hey Jude” was paired with “Revolution” as a promotional film for the band, and required at least three takes over the course of a day to capture the final, most commonly seen version that debuted on September 8, 1968.

Fun Fact: The Beatles recorded 25 takes of “Hey Jude” at Abbey Road Studios in two nights. It became the first single from the Beatles’ record label Apple Records, and the first song in their catalog to run over 7 minutes long.

What gets us the most isn’t the song itself or even The Beatles; it’s the moment at 4:06 when the audience makes its way onstage to join the band for the singalong portion of “Hey Jude”. Sure, they were brought on by the film’s production team – but the fact that we’re looking at the same fans who screamed at their televisions as preteens when The Fab Four made their big debut on The Ed Sullivan Show as adults is nothing short of amazing. If this footage isn’t a testament to The Beatles’ immense power, then we’re not quite sure what is!