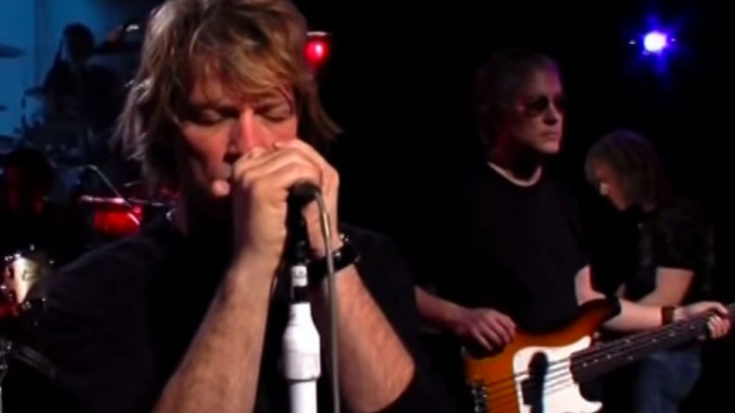 Well, obviously Leonard Cohen’s song ‘Hallelujah” is one of the most widely known music pieces, ever. How could you not recognize the song within the first 10 seconds of the intro with its iconic chords. The songs has been re-done numerous times and has remained to be extremely popular over the years, even to this day from when it was first recorded back in 1984. This is the type of song that can bring out many different emotions with it’s somber tone, yet powerful lyrics and melody.

Here we have rock legend Bon Jovi doing his thing, covering the song with his unique rock style. You can really feel ‘it’ just by looking at the way he puts it all out there.

There aren’t a lot of crazy guitar riffs going on, no loud drums, just a pure, emotional interpretation coming straight out of the heart. Nicely done, Bon Jovi!