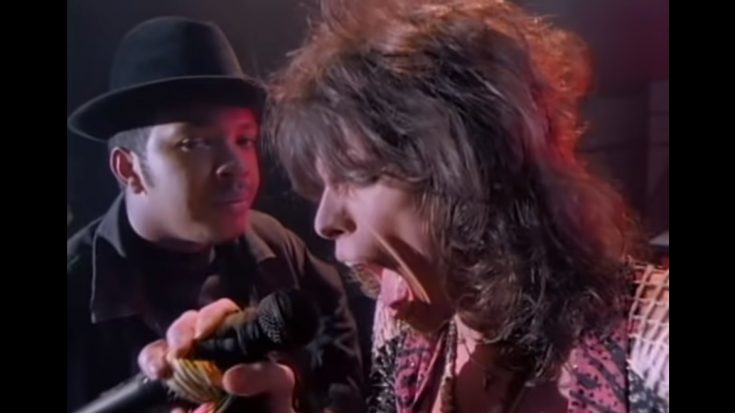 Aerosmith and Run-DMC for Walk this Way - Run DMC / Youtube

Boston’s bad boys Aerosmith will be reuniting with an old friend for their upcoming Grammy Awards performance, the iconic hip-hop group and fellow Rock Hall of Famers, Run-DMC.

The team-up will likely conjure up the legendary rendition of Aerosmith’s “Walk This Way”, which broke the barriers between rock and hip-hop, and also put the rockers back on the musical map in 1986. Variety notes that Run-DMC won’t be running with the band’s entire set, though, leading to speculations that the song will just be a part of a supposed career lookback medley for Aerosmith.

The track was first released in 1975 on Toys In The Attic, and was made into a collaborative effort between Aerosmith and Run-DMC a decade later. “I didn’t know what was gonna happen when I walked into the studio,” Joe Perry said. The rappers were just as skeptic as well. DMC also had his own thoughts before going in for the recording, writing in his autobiography. “At the time, we didn’t know what Steven was singing. We were, like, dissing him so bad because the song jumbles a lot of lines together. We came up with all sorts of weird interpretations, but wrote the lyrics to the best of our ability, and then we went in the studio and laid them down,” said DMC.

This isn’t the first time the two musical acts came together though, as they have done so on numerous occasions, even going on tour together in 2002.