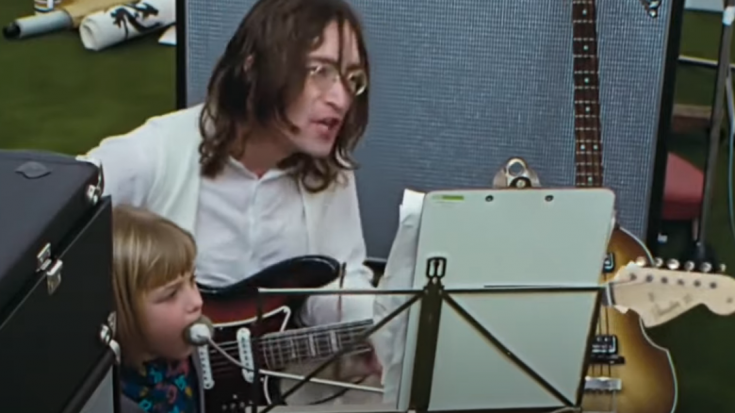 The long-awaited release of The Beatles’ Get Back documentary debunked a lot of rumors that surrounded the final years of the band performing together. Gone all the gossip that the Fab Four could no longer see each other eye-to-eye, as director Peter Jackson unfolded the truth.

Although tensions were still there when the band got together to record in Abbey Road studios, it wasn’t as severe as many imagined it would be. John Lennon, Paul McCartney, George Harrison, and Ringo Starr brought guests to accompany them, and the group pretty much loved the idea of getting together and creating a friendly atmosphere.

Kids were also welcomed around the studio; at one point, Heather McCartney, Paul and Linda McCartney’s daughter, created what seemed to be a Yoko Ono impression. Heather placed herself beside Lennon, and began to grab a mic to release a lot of “aahs,” during a session in between the song “I Told You Before.” Such a gesture from a lovely child could prove that Ono’s presence wasn’t bothersome at all.

Lennon even praised Heather’s imitation of his wife’s signature line and even joined the child to a short duet. You can watch the short clip below.