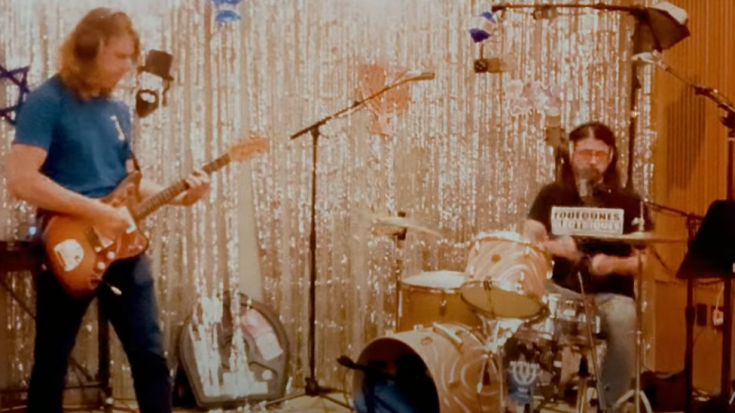 Foo Fighters frontman Dave Grohl and Producer Greg Kurstin are back to celebrate Hannukah with this impressive rendition of “Blitzkrieg Bop” from Ramones.

In a short message that accompanied the YouTube video, it says: “Once upon a time, two nice Jewish boys from Queens named Jeffery Hyman and Thomas Erdelyi changed the world forever with their music….. as Joey and Tommy Ramone! GABBAI GABBAI HEY! Ladies and gentlemen….It’s the Ramones! Blitzkreig Bop!”

The duo’s song cover marks the second installment of the 2021 “Hannukah Sessions,” wherein the two artists faithfully cover a song from a Jewish artist. The first one was a death metal cover of Lisa Loeb’s soft-rock tune “Stay,” with Grohl singing the song on a floral minidress.

Inside the video was a much closer version from the original, with Grohl delivering the drum and vocal duties, and Kurstin handling the guitar and vocals as well. Although, the iconic introductory “Hey! Ho! Let’s go!” cannot be heard; instead, to mark the Jewish celebration, the line was changed to “Hey! Oy! Let’s Goy!”

You can watch the duo’s performance below.