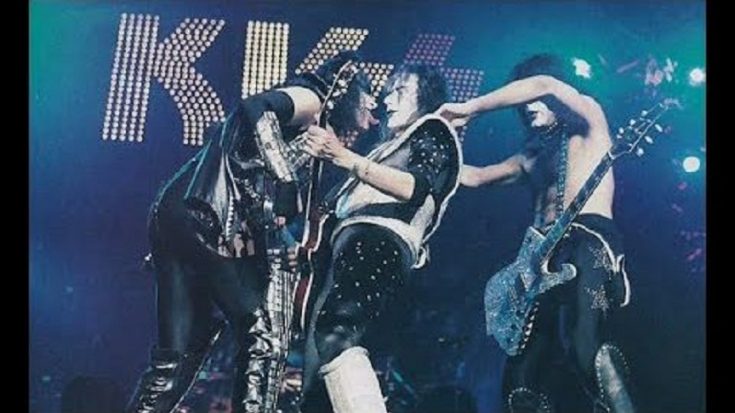 Who could ever forget the epic 1996 reunion of KISS? One of hard rock’s top-tier musicians, back on its full original form to create magic that will surely last for eternity.

The concert tour, dubbed as Alive/Worldwide Tour and is also known as the Reunion Tour, was a culmination of original members of Paul Stanley, Gene Simmons, Peter Criss, and Ace Frehley. While KISS remained to exist publicly as Simmons, Stanley, Kulick, and Singer, there were talks for the said reunion, followed by a dramatic and well-received response from fans during the 38th Annual Grammy Awards, wherein the classic lineup first got together to perform on stage on February 1996.

The official tour happened on June 28th, 1996 at the Tiger Stadium in Detroit, Michigan. The concert boasted its sold-out tickets, with approximately 40,000 people watching the said reunion. The gimmicks were also back such as Simmons’blood-spitting and fire-breathing, with Frehley’s smoking and shooting guitar, and pyrotechnics and platform risers.

The tour lasted for a whole year and made KISS a top-drawing concert act of 1996. Below, is the full June 28th concert of the band in all its glory.