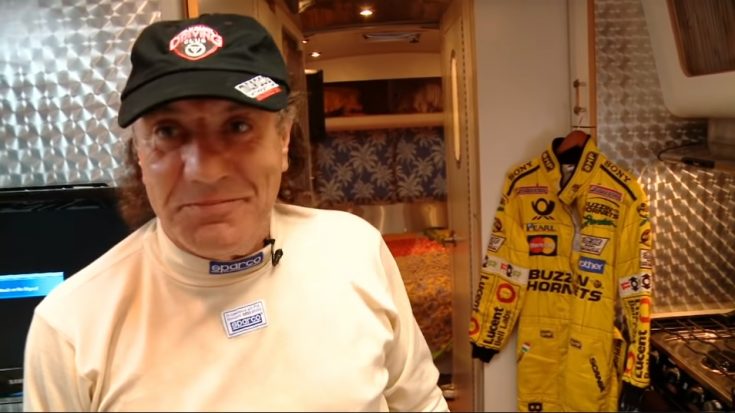 AC/DC frontman Brian Johnson teased a new country song he was working on, with a two-line sneak peek on his television special, Brian Johnson:Life On The Road. The segment saw Johnson and country icon Dolly Parton share stories about songs, childhood, and the life of a performer.

Johnson sang the first lines of the incomplete song, “Falling in love with the one that you’re kissing, while the one that you’re missing is gone” which caught Parton’s attention and complemented it. Johnson bashfully admits that it’s the only part he ever got through, to which Parton excitedly responded to with, “We’ll have to finish that together sometime.”

News of AC/DC in the mill earlier this year has had fans’ hopes up, with an almost original lineup, with the exception of the late Malcolm Young obviously, having reunited in a Vancouver studio for a new album. However, recent rumors have surfaced of how AC/DC is only working on a few tracks, and not a full album as stated. Tune in for further development.

Meanwhile, watch the brief clip of Johnson and Parton’s interaction!

Brian Johnson's A Life On The Road. Friday 9pm

Two of the nicest people in music come together for a good chat and hopefully a future country song. Brian Johnson and Dolly Parton, are the duo you never knew you needed in your life.