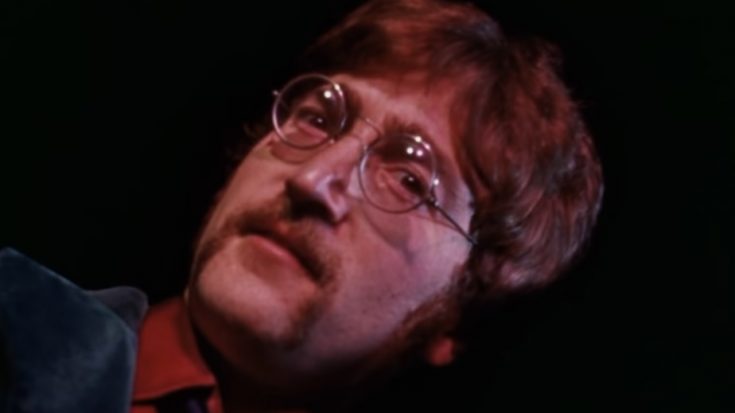 John Lennon in A Day in The Life - The Beatles / Youtube

As a songwriter, John Lennon did away with all the pretense that his contemporaries seemed to take a bit too seriously. Both his stints with The Beatles and a solo career became a breeding ground not only for some of his wildest and creative ideas to flourish but for carefree and escapist moments as well. And that was okay – it reflected how Lennon’s thinking wasn’t far from the average man. No average man, however, could pen up one from this list of eight iconic cuts.

Most people are too fixated at songs like “Blackbird” or “While My Guitar Gently Weeps” that they oftentimes miss out on the swelling energies offered by “Dear Prudence”. Whether it was McCartney or Starr who played on the outro drums, Lennon’s unique fingerpicking style he brought from India gave the song its hypnotic quality.

Borrowing from a Harry Nilson cover of “Many Rivers To Cross” and making it his own, Lennon’s eclectic “#9 Dream” was nothing anybody achieved of ever doing in his lonesome. Strange vocalizations that allegedly came from a dream became the main attraction in this cut.

Lennon was growing bolder and bolder by the moment, to the point where he used actual experiences of infidelity against his wife in the song “Norwegian Wood”. What concluded was quite the twist of events, however, as he had the main character burn down the house of his mistress, probably a reflection of his guilt.

Lennon doesn’t pull punches with “I Found Out”, a loaded gun of a track that targeted themes like drugs, politics, religion, and society, among others. Every word bit with such defiance and disapproval, fitting of his revolutionary qualities.

He penned “Instant Karma” in a whim when he was recording at the Abbey Road Studios on the same day. Lennon hoped that it would be available on shelves a day after being recorded, but arrived late in a grueling ten-day wait.

Upon knowing that teachers in an old school of his were using Beatles lyrics as a subject of dissection, Lennon had a prank in mind. He wrote “I Am The Walrus” which sported invented words that meant nothing, expecting them to try and dissect it and miserably fail in the process.

One of the best, if not the best, Lennon cuts in history, “A Day In The Life” has him putting together seemingly unconnected bits and pieces until it reached a critical mass that was complemented by his bandmates. The thickness of the arrangement provides a contrast to the simplicity of Lennon’s initial approach that found its way concluding one of the most acclaimed albums of all time.

The intellectual jumble that is “Strawberry Fields Forever” is the conclusion of Lennon’s experimental peak, which of course was amplified thanks to the Beatles’ team effort. Weird vocal effects, tracking techniques, and instrumentation gave rise to this complicated and profound piece.