Rock Music Revival: The Top 5 Rock Bands of the ’70s 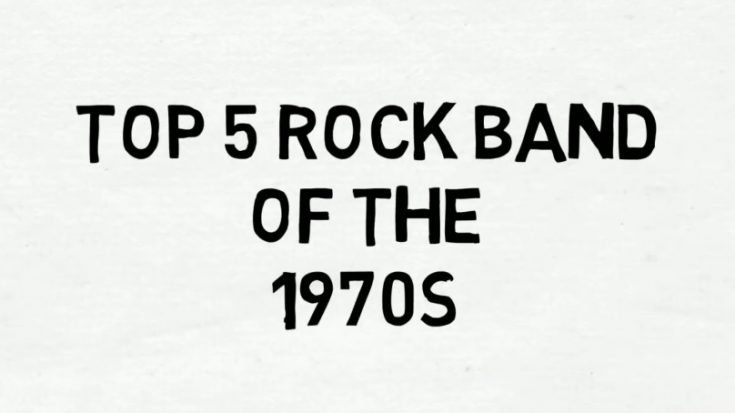 Ask any classic rock fan around on what the best era was for the genre, and nine out of ten are guaranteed to answer you with a unanimous response – the seventies. This decade flourished with some of the best forms of the genre, not to mention the pioneers and practitioners that made it a possibility were oozing with serious talent and massive charisma to top it off.

Whether you were a fan of the Beatles’ pop approach, the Stones and their gritty blues, or Jimi Hendrix’s acid rock, the seventies didn’t run short of one’s daily fix of music. Other subgenres started to enter the mainstream as well: Southern, progressive, glam rock, and more, marking an age of constant innovation that intersected with those who still preserved the rhythm and blues roots of the genre.

But amidst all the noise of innovation, it was a challenge to stand out from the crowd when a dozen artists or so have been doing the same thing for some time already. As such, the competition was quite tight between contemporaries that comparisons could never be fully avoided. This pushed the creative envelope to the limits and helped in usher an age where there was simply no throwaway material – everything was primal and raw yet tangible and consumable.

With that said, here are some of the best rock bands that dominated the seventies, featured in a Rock Music Revival Top 5 list.