7 Songs To Summarize The Career Of The Struts 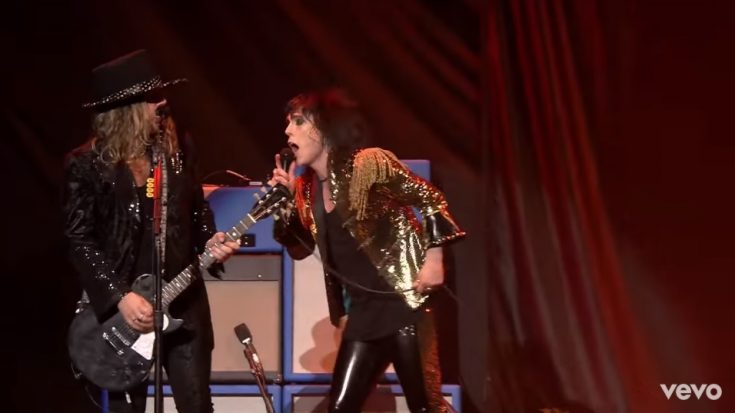 The Struts' official music video for Kiss This - The Struts / Youtube

Borne out of the necessity to create and perform rock music, The Struts are a revival of sorts, taking back classic rock’s glory days to the 21st century. With inspirations like Led Zeppelin, Queen, AC/DC, and even Michael Jackson, vocalist Luke Spiller wanted to be them all. After a serendipitous meeting with his future guitarist Adam Slack, the band slowly started to materialize, adding in Jed Elliot and Gethin Davies, comprising the current lineup of The Struts. Here are some of their landmark tracks that made a mark in their career.

Carrying some serious Led Zeppelin vibes with the call and response implementation between the guitar riffs and vocals, “I Just Know” was the band’s first single that cemented their signature sound in the industry. A thumping bass line drives the song throughout its length, going up and down in controlled scales. Vocals are heavily Zep-influenced as well, that signature Robert Plant grit showing through Spiller’s performance.

The Struts were first featured on Vintage TV’s Live Sessions, performing along with other artists. “Kiss This” was one of there first songs to be streamed on the tele, with its arena-anthem sound and with slight leanings into that pop sound.

“Could Have Been Me” – One of their highest ranking singles

Implementing electronic music influences from the recent years, The Struts have once again opted for a more radio-friendly pop rock track with anthem parts in it, allowing the audience to sing along to their parts. The vocals are slightly overpowered in this mixed, with the instruments slightly dampened. The track performed well on streaming sites and music charts, with the 1st place on the Spotify Viral 50, and 4th on the iTunes rock singles.

“Put Your Hands Up” – GnR opener and new single debut

The Struts opened for Guns N’ Roses for their Not In This Lifetime tour on August 2016. “Put Your Hands Up” was a gritty but upbeat punk rock track that also used the audience dynamic to boost interest. With a fairly heavy progression in the bass and rhythm guitars, the track is one of their heavier material to boot.

“Put Your Money On Me” – First acoustic album

Live and Unplugged was The Struts’ first acoustic album release, with five songs comprising the EP. “Put Your Money On Me” is a light, upbeat song with just enough grit and bass from the rock arrangement to make it enjoyable and satisfying.

The band featured a remix of their single “Body Talks” with singer Kesha onboard. The remix features the original rock arrangement but has some pop modifications to fit both artist images. The vocals complement each other well, even though both are distinctly powerful, with parts delegated effectively among the two singers.

“Bulletproof Baby” was released in 2018 as a single, this time the band going on with the pop-rock formula with the same arena-rock tendencies. Electronic effects are placed between verses and choruses, but the energy in the track is a legitimate call-back to classic rock influences.