7 Songs To Summarize The Career Of Roy Orbison 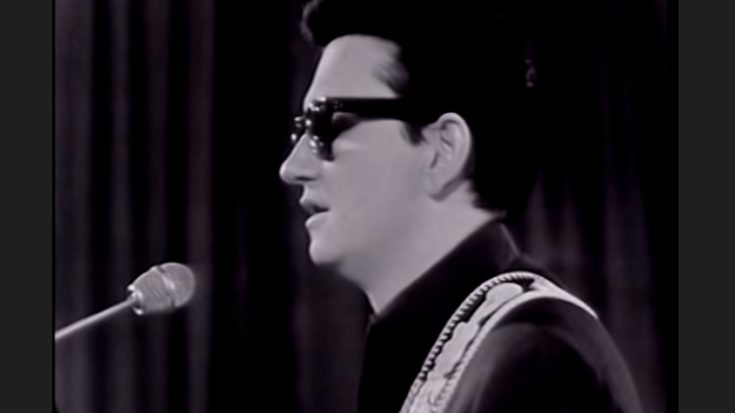 Roy Orbison was the original emo-rock progenitor, producing moving and emotional ballads before it was cool. The iconic singer-songwriter was known for his complex arrangements, heartfelt performances, and gloomy lyrics, which he took to another level with his aesthetic. Known for that slicked pompadour, dark sunglasses, and black clothes, Orbison was a musical mystery to behold. Here are some of the tracks that sums up the career of the pioneering rocker Roy Orbison.

Orbison was interested in music since his childhood, and having been exposed to country music and Cajun culture at an early age, the genre became his main interest. After he was gifted by his with a guitar on his sixth birthday, Orbison practiced the instrument and eventually went on to perform a popular Cajun folk song “Jole Blon”, marking his first public appearance.

Orbison and his friends formed a band in high school, the Wink Westerners, who played Glenn Miller songs and some country staples. Upon hearing the news of his then-schoolmate Pat Boone securing a record deal, it strengthened his resolve of entering the music world. Orbison heard “Ooby Dooby” and went on to play it with the Wink Westerners, who eventually obtained their own local tv show. After their continuous success in the local scene, they changed their name to Teen Kings, and got another tv show in the process. The track was instrumental for the band to obtain a contract from Sun Records.

“Only The Lonely” – First Hit Single

Just as the sixties rolled in, Roy Orbison and Joe Melson came up with a song called “Only The Lonely”, featuring Orbison’s surprising falsetto quality, and tried to pitch the song to Elvis and The Everly Brothers, but failed. He polished the recording, adding close-miked vocals and a soft string ensemble in the background, which became his own brand of the Nashville sound. It hit the 2nd spot on the Billboard Hot 100, and topped the charts in the UK and Australia.

“In Dreams” – The start of Chart-topping hits

“In Dreams” was one of the first tracks that ranked high on the charts by 1963. It was by this time that Orbison had established his mysterious image, funny enough, by not paying it any attention at all. This also marked Orbison’s first encounter with the Beatles, whom he had no idea before starting their show. As the two acts performed, the audience wanted Orbison to do another encore, prompting the Beatles to physically drag him back to the stage to abide to the requests. It was at this point when the two musical acts established a long lasting friendship, especially between Orbison and Harrison.

Orbison started collaborating with musician Bill Dees, on which they wrote “It’s Over”, one of their most successful chart toppers, when Claudette walked in and told Orbison she was heading to Nashville and he responded by asking if she had any money on her. Dees butted in and said, “A pretty woman never needs any money.” In just a span of 40 minutes, the two songwriters completed “Oh, Pretty Woman”, which went on to be one of his most memorable hits.

In the seventies, Orbison saw more creative tragedies following the death of Claudette and two of his sons in the past decade. Various artists began covering his famous hits however, like his version of “Love Hurts” was covered by Gram Parsons and Emmylou Harris, while Bruce Springsteen ended his shows with Orbison’s songs. However, the most notable cover was that of enigmatic singer Linda Ronstadt’s own rendition of “Blue Bayou”, with her powerful and crystal clear vocals paying tribute to the influence of Orbison on their own generation of music.

Orbison was known to work with ELO’s Jeff Lynne on several occasions, but after Lynne accepting George Harrison’s invitation to sing on a bonus single for his new album, it went on to have Orbison, Tom Petty, and Bob Dylan on board, resulting in the single “Handle With Care”. Saying the record was too good to be left as a one-off, they decided to form a group, The Traveling Wilburys, and went on to produce several albums.