7 Songs To Summarize The Career Of Peter Frampton 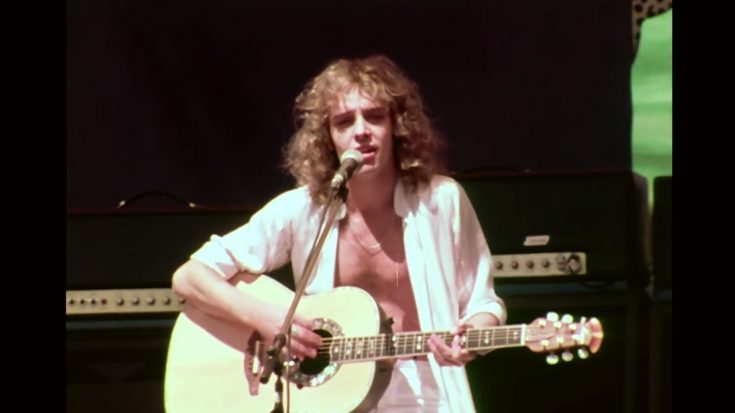 Peter Frampton might be one of the most celebrated rock singer-songwriter/guitarists of all time, with his track record in both band and solo settings placing the bar high for successors to emulate. The illustrious musician has a respectable amount of albums under his name, with the titanic live catalog Frampton Comes Alive! performing outstandingly. Here are some of the key songs that coincide with Frampton’s career landmarks.

Frampton joined the band The Herd in 1966, where he stayed for 2 years before moving onto a new band. The then-17-year-old singer performed lead vocals on “From The Underworld”, with the song becoming one of the band’s earliest hits.

Frampton joined Humble Pie soon after, with their 1969 single “Natural Born Bugie” hitting the charts quite well upon release. Frampton sings on the record, along with the two other guitarists, Steve Marriott and Greg Ridley.

Peter Frampton did his own rendition of the Rolling Stones’ classic “Jumpin’ Jack Flash”, which was featured in his solo debut album, Wind Of Change. The catalog even had former Beatle Ringo Starr and icon Billy Preston doing guest appearances.

“Show Me The Way” is the lead single for Peter Frampton’s fourth studio album, Frampton. In this catalog, Frampton showcases a variety of styles and instrumentations from acoustic and electric guitar bases.

One of Frampton’s biggest successes was his enigmatic live album release, Frampton Comes Alive! Songs like “Baby, I Love Your Way” led the charge for the catalog to boom, and with the help of Humble Pie’s fame in the San Francisco, California area, Frampton was able to capitalize on the hype of the fans.

Following the epic Frampton Comes Alive was I’m In You, with the title track performing admirably on the charts. This marked the gradual career downfall of Frampton, who even encountered a near-death experience after a car accident in the Bahamas.

Frampton returned from his long hiatus with the rock hit “Lying”, from the 1986 album, Premonition. This also saw Frampton reunite with old friend, David Bowie, and helped in his album Never Let Me Down, even participating on the supporting tour. Frampton later credits this collaboration as a way to revive his then-weakened career.