7 Movies That Were Supposed To Have The Beatles 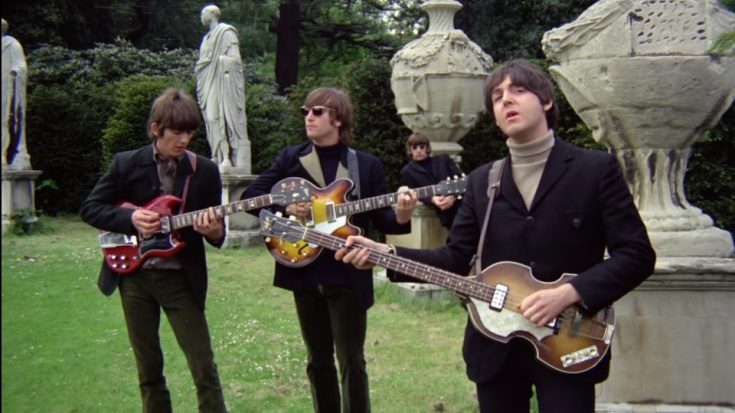 Musical giants as they were, the Beatles also dabbled in film as well. From A Hard Day’s Night, down to their last, Let It Be, the short but buzz-worthy career of the world’s biggest band was nothing short of spectacular and bizarre. From well-received material to some that were visibly snubbed by the masses, the Fab Four’s journey in the film provided an interesting perspective on the band’s showbusiness image. But what about the films that were supposed to have the Beatles star on them? Here are some film entries that were scrapped or revised, which had the band in mind at one point in time or another.

This particular movie carried a plot that centered around teenage woes/issues, which in this case was schoolgirls marking the loss of their virginity by a symbolic teddybear pin as proof of the deed. The Beatles were supposed to play a band in the movie called Kinky Carson and the Embers, who’s frontman impregnated one of the girls. The Beatles didn’t want the role, though, as they weren’t allowed to play their own songs.

The original Disney animation was supposed to cast the band to play the part of the four vultures, which explains why the characters sported moptops and Liverpudlian accents. It didn’t happen though, as scheduling conflicts (or in another version, Lennon vetoed the role) forced the movie to find other casts.

The Lord Of The Rings

Lennon fell in love with the idea of turning Tolkien’s classic into film and even volunteered to cast the members: himself as Gollum, McCartney as Frodo, Harrison as Gandalf, and Starr as Sam. They enlisted the help of Stanley Kubrick to make it a reality, but Kubrick didn’t think it would be possible to give justice to the books with a film adaptation. There was also another obstacle, as Tolkien himself wouldn’t sell the rights of the story to them.

Talks of having the literature classic of Alexandre Dumas adapted into a new film was started by Alexander and Ilya Salkin, even hiring A Hard Day’s Night and Help! director Richard Lester to take the helm for the project. This aspiration ended when the Beatles didn’t show interest in the proposal, which led to the film being shelved until 1973, where they enlisted other actors instead.

The weird plot of this supposed film was rejected by the band upon its review, with an excerpt saying that the band was “caught in-flagrante, become involved in dubious political activity, dressed as women, committed murder, been put in prison and committed adultery.”

Get Back eventually became the Let It Be documentary, but the two were individually distinct projects that had totally different projected outputs in mind. Get Back was meant to be a TV docu about the band’s journey in recording a new album, along with their first concert since they halted touring in 1966. It never really happened, though, as Harrison quit the band in the middle of the sessions, only to come back a week later on the conditions that they relocate to the Apple headquarter studios and cancel the concert plans.

The animation was supposed to get a reboot, with the help of motion capture tech. The team had already cast the actors to play the Beatles, but issues like budget allocation and such prevented the film from materializing, eventually being scrapped by Disney in 2011.