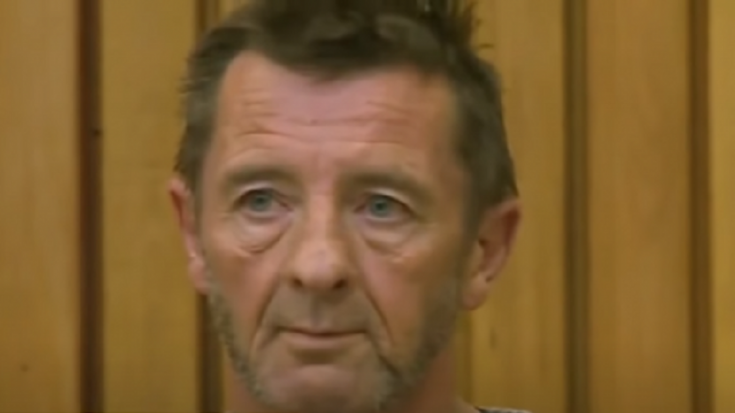 There are several controversies that some bands want you to dismiss. Such an idea applies to all the selfish acts of bad behavior, but it also goes to the uncool members that were just not right for their egoistic band’s standards of being freakishly cool. Most of the “unfits” are still performing together with their bands, yet there are some who are completely shunned away from the group entirely for any reason whatsoever.

The Australian rock band AC/DC is altogether intact for the rest of their careers, apart from their former singer Bon Scott, who died in 1980. So, it’s a shocker that Phil Rudd, the official drummer for the band, wasn’t on the list of the band’s official site for the members. The explanation? A couple of years ago, Rudd was sentenced to house arrest for threatening to kill someone as well as meth possession. Maybe these rockers are trying to forget that they have shared a room with Rudd? We’ll never know.

The kiss may be remembered for their distinct hard rock with kabuki appearances, but their songs are what made them thrive so much. “Beth” is written and performed by Kiss’s drummer Peter Criss, which, in turn, would be dubbed as the “best song of all time” from the group, despite it being a ballad. Gene Simmons and Paul Stanley, who felt the threat of being replaced as the main guys, decided to fire him. The drama wasn’t over yet when the group released their “Greatest Hits” album and Eric Carr, who was the replacement for Criss, sung all the drummer’s parts.

David Lee Roth and Sammy Hagar were once the lead singers of Van Halen back in the day. So, when Hagar quit (or was fired, it’s either of the two) from the group, David Lee Roth came back to perform the band’s greatest hits; yet the same egoistic attitude of Roth led to him quitting once again. Before Gary Cherone was hired to fill in the shoes of these amazing rockers, a guy named Mitch Malloy was recruited first. He performed some of the group’s songs but turned down the role of becoming the full-time frontman. He reasoned out that Roth and Hagar’s fiasco led him to decide that it’s not the best choice there is.

Perhaps the best example of a “completely shunned” member by his band was Dave Navarro in his Red Hot Chili Peppers days. A lot of guitarists came before the group settled with Navarro, but his attitude blew the group out of proportion. The result? Navarro only recorded one album from them, as a result of “creative differences” as mentioned by RHCP’s Anthony Kiedis. The worst part is that during the Rock and Roll Hall of Fame commemoration for the group back in 2012, they incidentally left out Navarro’s name to be included in the hallmark. In their lawyer’s defense, it was what the “Hall Officials” wanted.

Before Jon Bon Jovi experienced success, he had met a bassist named Hugh McDonald who helped him create his first single “Runaway”. But when Bon Jovi decided to create a band, he went with Alec John Such, to complete the look for the group. Unfortunately for McDonald, he was 10 years older than the rest of them, which explains why the singer had to go for Such. McDonald remained as an unofficial member of the group, but finally, became official in 2016.

For a metal band Black Sabbath, keyboards don’t sit well with “heavy”. But they needed it so it was decided that they would hide the instrument and the player. Geoff Nicholls fill-in that part and recorded every single song from the group in 1980-1995. Sadly, for him, when the band performs live, he’s stationed at a place where people couldn’t see him.