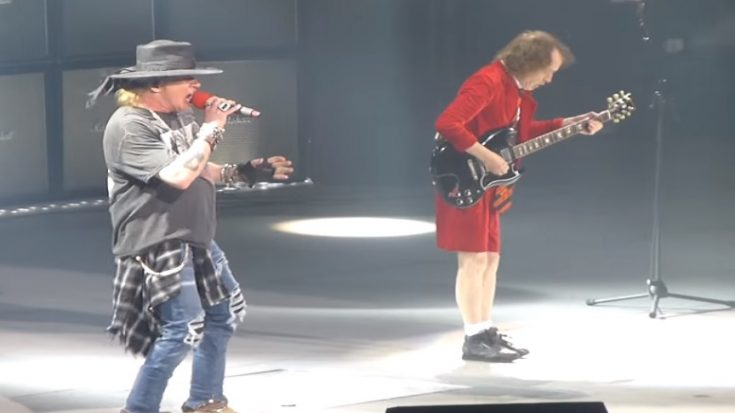 It’s common knowledge that most bands won’t contain their original members forever. Drugs, creative differences, death, are a few examples of why it’s best to decide if they ever want to switch the people who left, on a vital note. While other groups found success with their replacement member/s, others, have spiraled downwards. The reasons? All are explained below.

When the band decided to replace their original member Vince Neil during his hiatus, John Corabi came into their circle and became Motley Crue’s lead singer. But, things went downwards from that moment on as album sales become fewer, and a chunk of fans left the fandom. The result? Vince Neil was rehired again and Coralbi was fired. Turns out, the group wasn’t the same without Neil.

The Australian gods of rock ruled the world with their remarkable rock performances. But, their solid efforts to keep the band intact were shattered when circumstances befall some of the members. Somehow they had the opportunity to tour and decided to pick a high-profile singer who could hit the high notes, enter Axl Rose. But instead of uniting the fandoms, a big chunk of AC/DC fans left the new line-up since it just doesn’t sit right with Rose on vocals.

Life was just so easy for the Soft Rock group of Chicago, during the reign of Peter Cetera as their lead vocals. But, during the height of their fame, Cetera left the group. The devastating decision left the remaining members to replace Cetera with Jason Scheff. With Scheff, they never regain their old popularity back.

When Stamos befriended some of the group’s members during the time of Dennis Wilson’s death, the actor became an unofficial member backing up the percussions that Dennis once played. He, later on, became an official member on selected tours as well as their 1988 hit “Kokomo”. Who would’ve thought that the Full House actor would earn a spot as a beloved beach boy? No one. For someone as phenomenal as Dennis Wilson, fans thought of better percussionists than the actor.

Jim Morrison’s name is neatly stapled in the likes of The Doors band. And anyone who dares to replace the rockstar could face some repercussions with it. Continuing as a group without a singer, keyboardist Ray Manzarek and guitarist Robby Krieger exchanged vocal duties for their 2 albums, and they didn’t regain their strength still. A lot of guest singers performed with the band, but the popularity with Morrison was nothing but yesterday’s fun from the group.