5 Recent Facts About The Beatles 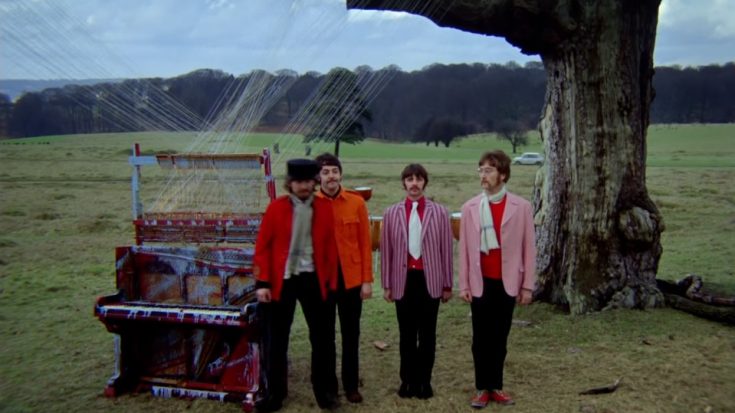 Being the biggest band in the world, The Beatles found it certainly hard to hide secrets or certain personal information from their past or their material. While rumors have been the rave for celebrities for many years now, real facts certainly pin drown them out, with the Beatles being no exception to this rule. Here are some facts you might’ve missed from the Fab Four.

While most people (and conspiracy theorists) think that “Lucy In The Sky With Diamonds” alludes to LSD, especially with the lyrical imagery painted, it was actually inspired by something more innocent. Then 4-year old Julian Lennon showed John a scrawly sketch of Lucy – a girl whom he sat next to in school, and was referred to as being in the sky with diamonds – the Beatle was inspired. Julian managed to get in touch with the real-life Lucy, Lucy Vodden, during the final years of her life as she succumbed to lupus complications in 2009.

There has been an ongoing debate about whether the “The” in the band’s name should be capitalized or not. Those who favor the lowercase option cites handwritten letters from John Lennon, while uppercase fanatics turn to the logo on the band’s official website and proper grammatical functions. Things have gone out of hand, as this “quarrel” has led to the banning of several editors on online forums and even had accounts of cyberstalking from the media.

The Beatles weren’t always really the clean-cut and shaven band from the get-go. Staying true to the whole rock n’ roll vibe, they dressed in jeans, cowboy boots, leather jackets, ate onstage, and had the demeanor to boot. Brian Epstein had them change their image to have a better chance of going up the ranks.

The Beatles were known fans of Elvis Presley, but John Lenon was on another level, inspiring him to enter show business, often imitating the look of The King. But when they finally met for the first time in America which led to a short jam session, Lennon was quite disappointed when he felt that Elvis didn’t really have any interest in conversing with the group and that he lacked his engaging energy onstage.

Snubbed, Not Once, But Twice

Future Genesis drummer and singer Phil Collins made appearances on two Beatles projects, the first being the movie A Hard Day’s Night, but was cut off from the final edit as he “didn’t scream loud enough”. He also played on George Harrison’s “Art Of Dying” as backing congas, but wasn’t credited on the album as it used a different take on the final cut. Harrison wasn’t aware of this for a long time though, and when he finally caught wind of it, he sent Collins a “prank version” that had his parts intact in the record.