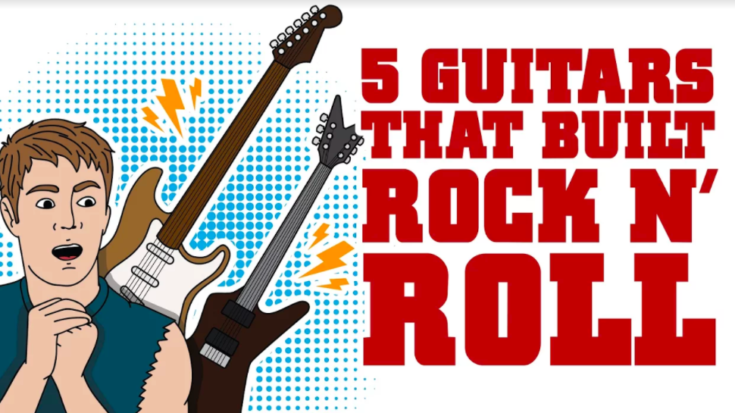 Rock n’ roll wouldn’t exist if it weren’t for these iconic guitars!

The ultimate rock n’ roll classic! Everyone who listens to rock music would know what a Les Paul is. It is a guitar well-acknowledge by the greatest guitarists of rock n’ roll with the likes of Slash, Joe Bonamassa, Paul Kossoff, Jimmy Page, and Kirk Hammett to name a few. Originally launched in 1953, it was named after iconic popular guitarist Les Paul (Lester Polfus) who were one of the pioneers in conceptualizing the solid body guitar in the 1930s.

The three musketeers!! Thanks @kangpc for sending in!! Let's see your #lespaulpride

The custom Strat that Jimi Hendrix made iconic: with the floral paint and the upside-down stringing to accommodate his left-hand playing. Although Hendrix’s particular guitar met quite a violent end being smothered in lighter fluid then set to flames, the entire stunt certainly made it more rock n’ roll!

Our #FollowFriday shoutout goes to these talented emerging artists! Give them a spin this weekend

Along with Hendrix and Eric Clapton (who primarily played excellent, but slightly unremarkable Strats), Only Led Zeppelin’s legendary guitarist Jimmy Page could ever make an instrument as legendary as the plater. Page’s most memorable guitar licks were played on his 18-string Double Neck Gibson EDS. He basically started this trend of playing badass looking complicated guitars!

The Rickenbacker 330 certainly is an instrument born into the rock n’ roll era. Pete Townshed of The Who ruthlessly destroyed quite a few Rickenbackers in the 60s during live sets. First launched in 1958, as part of the 300 series, the 330 is the biggest selling model of Rickenbacker guitars. Punk rocker Paul Weller also made the 330 an icon when he unleashed his “fire and skill” on the famed guitar model.

Anyone would recognize those two devil horns feature on the mahogany body of the Gibson SG, iconized by AC/DC lead guitarist Angus Young. It is the Gibson’s biggest selling guitar ever, yes even bigger than the Les Paul. Created to beat Fender at their own game (it is a never ending competition), the Gibson SG was the first lightweight model of the brand. It has since brandished both standard and custom models for Jimmy Page, Slash, Peter Green, Steve Jones, Tommy Iomi, and of course, Angus Young.

The spectacular guitar of our favourite Angus Young . #AC/DC #AngusYoung