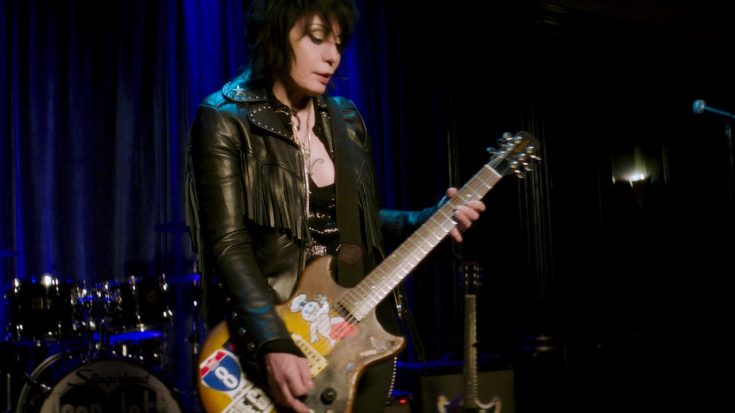 Joan Jett; one of the finest women in the world of rock that misogynist people can only be triggered. How dare a woman like her be a part of the prestigious Rolling Stone’s “100 Greatest Guitarists?” For Ted Nugent, who went on and on in his YouTube channel, blabbering about the sanctity of male musicians’ forte in the rock world, of course, this prompted him to speak up on what he thinks “is right.”

It’s 2022, so let’s take a moment to appreciate the rock’s finest woman guitarist with these 5 songs that catered Joan Jett’s finest guitar riffs.

This tear-jerking track delivers one of Joan Jett’s finest guitar takes on love songs. Rumor has it that the song was inspired by Aerosmith’s Steven Tyler, who went to Jett’s room and uttered this line.

This signature Jett song came from her debut album. Jett singing the song and rummaging her guitar during a male-dominated industry sparked flames and gave women a chance to prove to everyone that if she can do it, the rest can.

This 1976 original song from The Arrows failed to be recognized by many. However, 5 years later, Joan Jett and her band the Blackhearts blew the world overnight with their riveting rendition of the song, displaying Jett’s fiery riffs that endured even until today.

Simply fiery and expressive, Jett’s take on the guitar riffs helped break the stereotype that only men can perform well on the guitar. The guitarist’s approach cemented the Runaways’ status as an edgy and awe-inspiring rock band.

Joan Jett created this gem of a song, never knowing that it’s ahead of its time, stemming from the likes of the new wave genre. With guitars that sounded refined that only Joan could do, of course, it’s a surreal masterpiece.