7 Of The Greatest Basslines From John Paul Jones 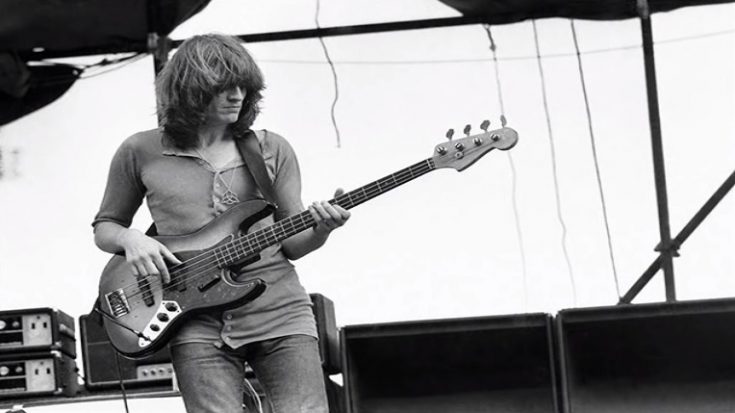 Being the underrated bass player from an extremely successful band, that’s what John Paul Jones is during his tenure from Led Zeppelin. We have Robert Plant’s soaring high vocals and charisma, John Bonham smashing the drums, and Jimmy Page’s technical expertise on the guitar. But, take away Jones’ excellent jack-of-all-trades persona and you’d lose the power that Led Zeppelin epitomized at the height of their career. If you’re a JPJ fan, worry not, we’ve highlighted these 7 songs from Led Zeppelin that contained some of the finest basslines from this proficient musician.

Jones deprived himself of experimentation when he’s hanging around Zep, but with “Lemon Song,” he completely proved to everyone how dynamic he can get with delivering the bass tones. Improvisation is his best friend.

You’d never guess it, but Jones is responsible for creating the mystifying riffs of “Black Dog” that always leave any LZ imitator scratching his head. Not only that, but Jones made sure that his basslines are sleek and iconic as well.

You could say that Led Zeppelin is having so much fun with “Good Times Bad Times,” but they never for once forgot to be professionals inside the band. Jones’s riveting lines blended well with Page’s creative riff that sets the bar high, even at the start of their career.

“Achilles Last Stand” was Bonham’s time to shine on the spotlight, but the dark horse title would be given to Jones’s himself— the one who envisioned the song in its entirety and the one that made sure that a bass is a definite tool for every Led Zeppelin song.

Jones’ bass for “Ramble On” has a groove that never went out of style. It’s as if at this moment, he envisioned what would the bass sound like five years later, and delved right into the song’s structure.

Jones played a transformative take on basslines for “How Many More Times,” which sealed the powerful arrangement that the song holds. Eerily experimental, Jones is the glue that bonded the three other members’ contributions.

Inhumane, full of Viking myths and legends, that’s what the song displays. And while one may view Jones as a shy, bassist player, he’s more than capable of surprising anyone that belittles his talent. Take, for example, his adamant take on “Immigrant Song.”