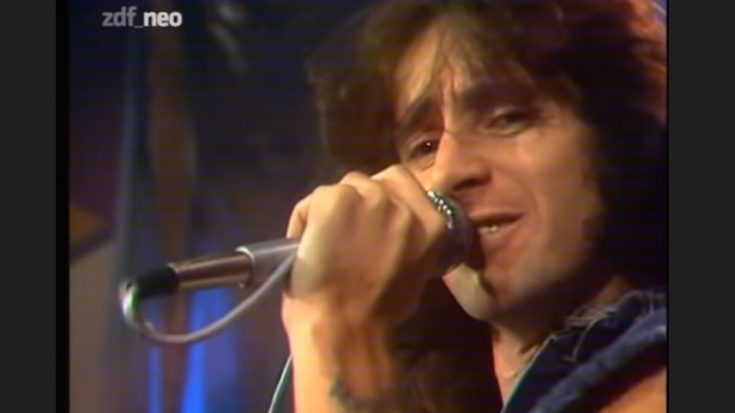 Deaths in the music industry often encompasses mortality more than some might think. When a musician (or in this case, our favorite rocker) makes music, it is often immortalized in many forms of media, in the past analog, and now digital. But what cannot be disputed is its imprint on organic media, i.e., the human brain. This begins the introduction of the fan to the personal life of the artist, often forming some sort of personal (though one-sided) “relationship”. With this comes the issue of dealing with their sudden passing, especially when the details are often blurry, causing conspiracy theories to surface out of nowhere. Here are some classic rock icons that died a mysterious death, and has got fans thinking until today.

AC/DC’s Bon Scott was a huge loss for the band and the industry when he passed away on February of 1980. Alistair Kinnear, the last person who was with Scott before he died, rang the doorbell of Scott’s girlfriend at that time to assist in getting him in, as he passed out drunk. However, Silver said Scott passed out often, and was best to let him sleep it off in the car. The next morning, Scott was discovered by Kinnear unresponsive, so he rushed him to the hospital but was announced dead on arrival. However, original drummer for the band Colin Burgess says Scott was okay when he left the bar at night, saying he wasn’t even drunk. This account has been a matter of debate of how Bon Scott really died.

Iron Butterfly’s Philip Taylor Kramer joined the band in 1971, and stayed til its breakup in 1975. While he had relative success in music, he flourished in the tech industry. He became a tech executive after owning a computer company, but amidst this success, something strange happened. in 1995, he suddenly called 911 and threatened to kill himself, and proceeded to proclaim that OJ Simpson was innocent, then hung up. He was supposed to pick up a business associate that day. He was declared missing then, with rumors that his tech company had ties with a congressman, implying national level security was involved. It wasn’t until 1999 that his remains were found by hikers, in his van by a canyon.

New wave rock pioneers INXS lost their enigmatic frontman Michael Hutchence to an alleged suicide after depression took in when he was separated from his 16 month old daughter, Heavenly. While the coroner says his death was caused by suicide under the influence of alcohol, rumors began to spread of an accidental death caused by auto-erotic asphyxiation. It wasn’t until two years later that Heavenly’s mother, Paula Yates, pointed to it as the actual cause of death.

The Rolling Stones’ founder and original member Brian Jones’ death followed after he was fired from the band due to drug and alcohol problems, leading to unreliable and erratic behavior. His death was caused by drowning in a pool, after imbibing so much alcohol on a night of excess. He was reportedly last seen with Frank Thorogood horsing around the pool after the pills and booze set in. Thorogood was spotted by their mutual Janet Lawson, shaking on the edge of the pool, while Jones floated lifeless. Apparently, Thorogood confessed on his deathbed that he did kill Jones, and threatened witnesses to silence them, with the autopsy evidence coming out with no drugs found in Jones’ system that night.

New York Doll’s bassist Johnny Thunders died of drug-related causes on April 23, 1991. While this may seem “normal”, the crime scene witnesses thought different. He was staying at the St. Peters House in New Orleans, where it was found ransacked, and Thunders was found with rigor mortis already settled in, his body discovered under a coffee table in an unnatural shape. Eyewitnesses claimed he was bent like a “pretzel”, while one says the body bag came out the house in a U-shape.