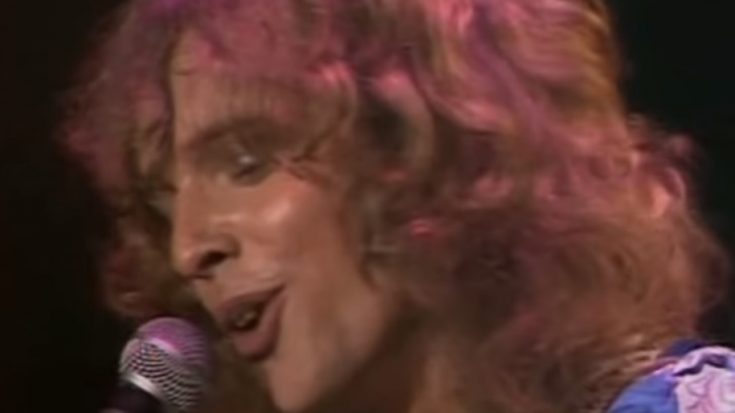 The Herd. Humble Pie. These were just Peter Frampton’s stepping stones to a highly-successful (albeit challenging) solo career. Regarded as one of the best guitarists in the business, Frampton also had that boyish charm and vocal chops to boot. Destined for greatness, he dished off his live performance prowess with the titanic double album Frampton Comes Alive!, which he hasn’t topped due to its overwhelming reception. With that, here are some of the best Peter Frampton cuts that mark important happenings in his career.

1975’s Frampton was indicative of their singer-songwriter/guitarist’s outcome in his solo career. This full-fledged effort gave way to some of the most underrated cuts, like “Apple of Your Eye” highlights his impeccable skill at the instrument without throwing content out the window.

Frampton playfully toys with the song’s arrangement with its gritty verse-work and melodic chorus providing an amazing sonic contrast. “It’s A Plain Shame” ultimately didn’t get the justice it deserved due to it being the B-side to the more-prioritized cover of the Stones’ “Jumpin’ Jack Flash”.

One could definitely hear the Beatles influence in Frampton’s “Nowhere’s Too Far for My Baby”. The song screams indulgent goodness with its varying moods, which is further elevated by a masterful guitar implementation.

When “Do You Feel Like We Do” was given the live treatment, the song really owned with its powerful and raw reimagining by Frampton. Heavy yet melodic riffing, and that impressive use of the talkbox are only some highlights that one should look out for in this particular recording.

Just like most of his studio material, Frampton Comes Alive! exponentially expanded upon their bankability in the live setting, “Show Me The Way” included. Crystal-clear riffing, evocative vocals, and that talk box just bring the whole thing together.