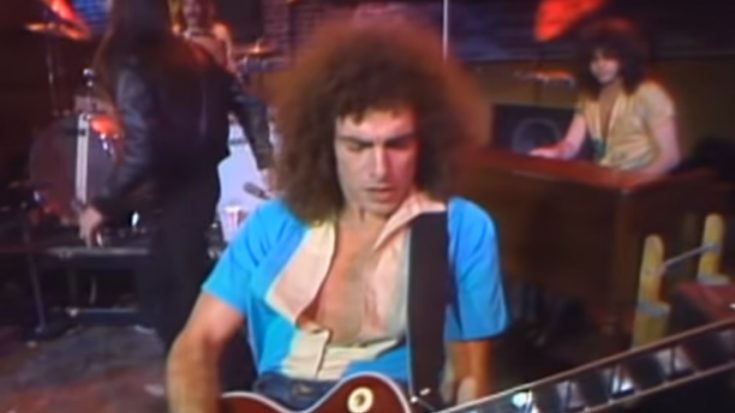 Neal Schon on Journey's Any Way You Want It - journey / Youtube

Most people know Neal Schon as the blazing anthemic riff and solo master of Journey, but the guitarist has had several stints outside the band that made a mark in rock music history. Clearly, these projects appreciated Schon’s knack for melodic guitar work that made their songs a tad bit juicier. With that, here are some of the best songs that exemplify Neal Schon’s extensive career in the industry.

When talking about records where Neal Schon played at, one cannot leave out the arena rocker that is “Don’t Stop Believin'”. Touted as a “perfect rock song”, this anthem of resilience has the guitarist dish out solos that rival Steve Perry’s singing, which is a feat in itself.

While Schon was with Journey, it didn’t stop him from taking part in other projects like his collaboration with composer Jan Hammer, who was known for his work on the Miami Vice soundtrack. The two released their debut album Untold Passion in 1981 where Schon didn’t only play guitars but did synths and vocals as well, very typical of the ’80s sound.

Just short after Journey’s 1983 release, Frontiers, Schon decided to embark on another collaboration, this time with renowned band names like Sammy Hagar, Kenny Aaronson, and Michael Shrieve, in which they were collectively known as HSAS based on their surnames. The project released a studio-polished live record called Through The Fire, in which the song “Missing You” sports Schon’s trademark guitar frolicking and versatility.

“Any Way You Want It”

Back to the main stint of Schon, “Any Way You Want It” from their 1980 album Departure is a great example of taking from a source of inspiration and tweaking it to match your sound. This particular track was influenced by Thin Lizzy’s Phil Lynott thanks to a rhythm scheme exercise that eventually formed itself into the fueled rocker of a song.

“No One To Depend On”

No one can deny Schon’s skill on the guitar, which was prevalent even in his teenage years. In 1971, Santana worked with him on the album Santana III, where Schon was only 17 but managed to dish out one of his earliest masterpieces like the song “No One To Depend On”.