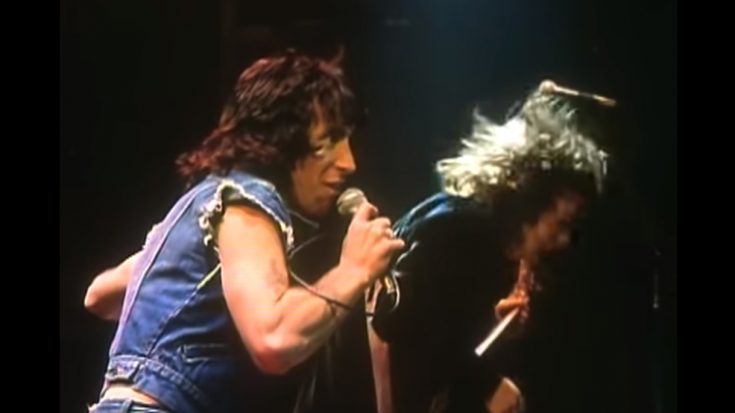 Being one of the most consistent bands of all time, AC/DC never relied on other influences or trends to market their sound, sticking to their tried-and-tested formula throughout the years. Who wouldn’t, though, as the riff-driven band can be recognized a mile away from the first few seconds of playing their songs. Here are some of the most underrated tracks by the Aussie powerhouse.

The lumbering cadence and rhythm of “Overdose” carries the slow but sure energy of the hard rock band during their earlier years. Turning up the dirt dial on their pedals, AC/DC screeches its way through the track with its indulgent rock-goodness.

Nearly three decades later from their debut, AC/DC still showed some love for their classic rock sound with “Stiff Upper Lip”. Hiring the hands of the Young brothers’ sibling George, the track is a look back to the riff-rocking goodness of the band with equally potent, subliminal messaging in the lyrics.

The track makes use of an alternating modulation contrast between the verses and chorus, giving it a more appreciable quality. From a reserved riff progression to its explosive conclusion, the seemingly-endless cycle has listeners hooked for days on end.

With AC/DC, you can never go wrong with their straightforward approach in music. A steady rock riff powers the song throughout its duration, with an unmistakable groove from the band’s rhythm section. Accents for the hype-up of the song is highlighted with the participation of maracas, giving it an exotic yet familiar vibe.

“Sin City” might be the most criminally underrated song from the band for years now. Ingenuity is bred in its powerful riffage, energy bleeds with the performance, and no-nonsense lyricism all gang up in this certified rock-you-out-you-boots song.