4 Of The Most Fascinating Stories From Stevie Nicks’ Love Life 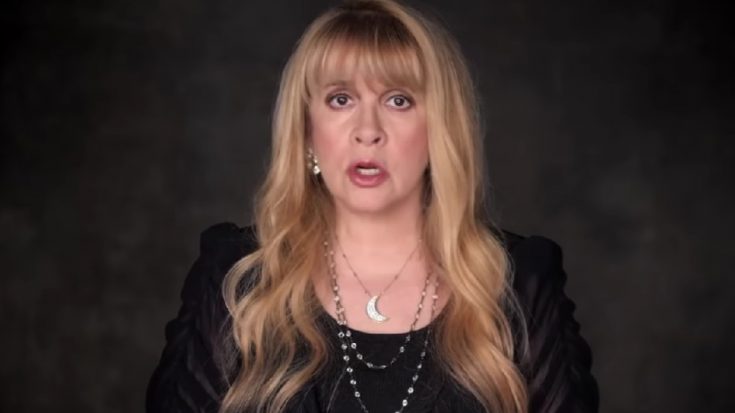 Soon after the publication of Rumours in 1977, Stevie Nicks and her fellow Fleetwood Mac members Lindsey Buckingham, Christine and John McVie, and Mick Fleetwood became big stars. Though there had been a different life than Fleetwood Mac had known before the duo Buckingham-Nicks came in, it’s still worth noting that the 1977 record truly catapulted them to greater heights of fame. That also implies that whatever privacy the band has for themselves is no longer existent; with greater fame comes hundreds of media outlets trying to juice your private life.

For Nicks, whose love life has always been controversial, such was the case. Below, we’ll take you to 4 of the most fascinating stories about her relationships, and how she managed to handle them in her fashionable way.

Nicks and Buckingham first met when, according to Nicks, she “brazenly burst into harmony with him” when he was playing “California Dreamin’” by the Mamas and the Papas at a high school party. Two years later, when Buckingham needed a new female vocalist for his band Fritz, fate brought them back together. They struck up a romantic relationship that would last for years and would inspire some of the biggest songs ever known in music.

It has been clear since the beginning that Stevie Nicks never wanted to have the traditional life of a married woman with kids. But when the singer’s best friend, Robin Snyder Anderson, was stricken with leukemia and found out she was pregnant in 1983, she unwittingly put Nicks into one of the most painfully perplexing periods of her life. Nicks believed it was her duty to provide for Robin’s husband Kim and son Matthew after her death. As a result of her efforts, Kim agreed to tie the knot; a thing that both would instantly regret after a month.

“Sara” Was About an Unborn Baby

In the late ’70s, Stevie Nicks and Eagles singer Don Henley had a relationship that led to an unwanted pregnancy that was ultimately aborted. Speaking with Billboard, Nicks said: “Had I married Don and had that baby, and had she been a girl, I would have named her Sara.”

Drugs and Alcohol Drove Nicks to Get Entangled with Mick Fleetwood

In the 70s when booze and cocaine were pretty much everywhere, Nicks fell deep into its pothole; becoming addicted to it. Before the performance, she would make sure to snort a good amount of coke, then pair it with brandy to alleviate her anxiety. Had she known that such effects would lead her to have an affair with drummer Fleetwood Mac, she wouldn’t have done it. “We would have never had an affair had we not had a party and all been completely drunk and messed up,” Nicks explained. “And ended up being the last two people at the party.”