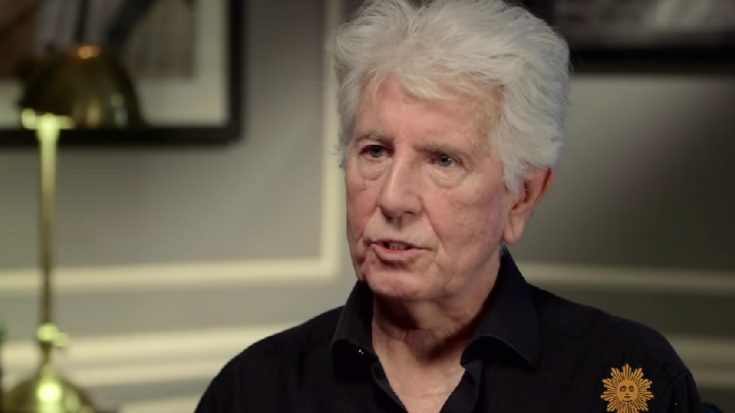 The industry of music is constantly changing for the better. Like the lifeblood of the industry (songs), artists who make it have to take the risk of developing their unique style, for them to survive and remain relevant for many years. Graham Nash knew how to think of such important things, even when he was still under his old band, The Hollies.

Graham Nash, a singer, and musician made his debut in the music industry in the 1960s with the band The Hollies. The Hollies’ 1967 single “Carrie Anne” was a huge success in both the UK and the US. The band’s sound changed with the introduction of the albums “Evolution” and “Butterfly,” which coincided with the popularity of psychedelic rock.

However, it took a toll on him when The Hollies wanted to release an album intended for Bob Dylan covers. At the same time, he was more than willing to leave the past and start finding his true sense of direction; a thing he found when he met David Crosby and Stephen Still at Joni Mitchell’s apartment. It was as if the stars have finally aligned.

Nash was becoming very agitated. Later, in an interview with The Guardian, he revealed that he had wished to move away from the more conventional pop music that The Hollies had been playing up to that point. In his music, Nash aspired to explore deeper themes. His outlook on life changed as a result of his dabbling with narcotics, particularly marijuana. And by the time 1968 came, Nash officially left The Hollies.

Nash began his journey as a part of Crosby, Stills & Nash. Each member of this new musical ensemble had already achieved fame with other groups before forming this early rock supergroup. Crosby and Stills were once of the bands The Byrds and Buffalo Springfield, respectively. In 1969, the group put out their debut album under their collective moniker, which would eventually boost the artists’ fame even more. The rest is history.