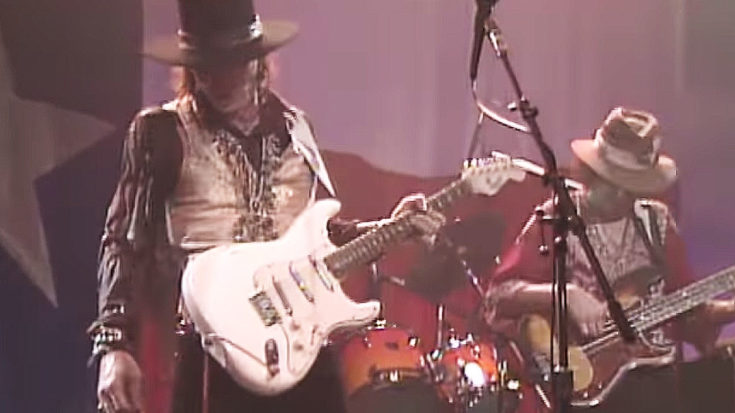 SRV In His Element!

What more is there to say about the late, great Stevie Ray Vaughan? The man was only on this earth for a short period of time, but in that time he asserted himself as one of the all time greatest guitar players to ever hit the stage. Even 27 years after his death, there are very few guitar players that even come close. He was one of the best, pure and simple.

Fortunately for us fans, the Internet is home an endless supply of legendary Stevie Ray Vaughan performances. Every single one of them is truly inspirational. As you would be able to see from any of them, the man was just on a whole other level. Here’s the proof!

What you’re about to watch is a video in which the aforementioned Stevie Ray Vaughan takes to the stage at the legendary Capitol Theatre in 1985 and performs a wicked 6-minute jam of “Couldn’t Stand The Weather”. To put it simply, Stevie and his band put on a damn master class and the whole thing is guaranteed to make you say “holy s***!” don’t believe me? See for yourself!