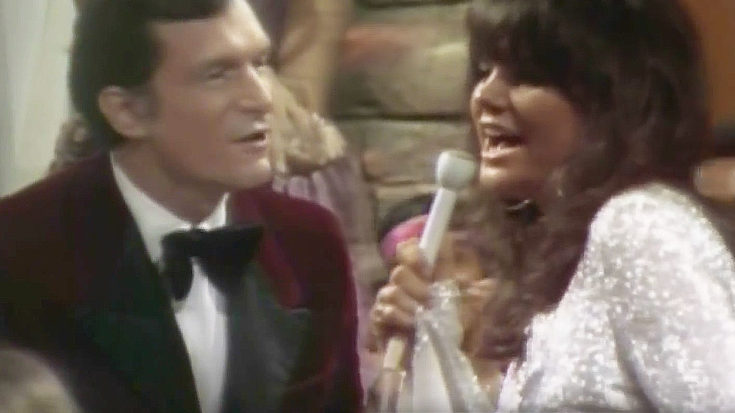 “Country Music With A Difference”

I don’t think there’s a single, solitary person alive immune to Linda Ronstadt’s charm. The perfect storm of beauty, sweetness, and a voice like you wouldn’t believe, Ronstadt endeared herself not just to her millions of fans all over the world but to those with whom she worked side by side for the duration of her glowing career, including Playboy founder Hugh Hefner.

The 23-year-old singer became a well loved guest of Hefner’s late night tv stint Playboy After Dark, appearing for the first of two times in 1969 where she performed an explosive cover of Bob Dylan’s “Walkin’ Down the Line” and injecting it with a delicious country rock flavor that left Hef absolutely smitten, hailing her at the end of her performance for playing “country music with a difference” noting her sparkly white mini dress and bare feet.

Fun Fact: Linda Ronstadt’s eighth studio album, Simple Dreams was a huge success and sold more than 3½ million copies in less than a year – and that’s in the United States alone.

There’s absolutely no denying that this was a performance for the ages that saw Linda capture hearts across America – including that of her gracious host – and set her sights firmly on the megastardom that was soon to come!